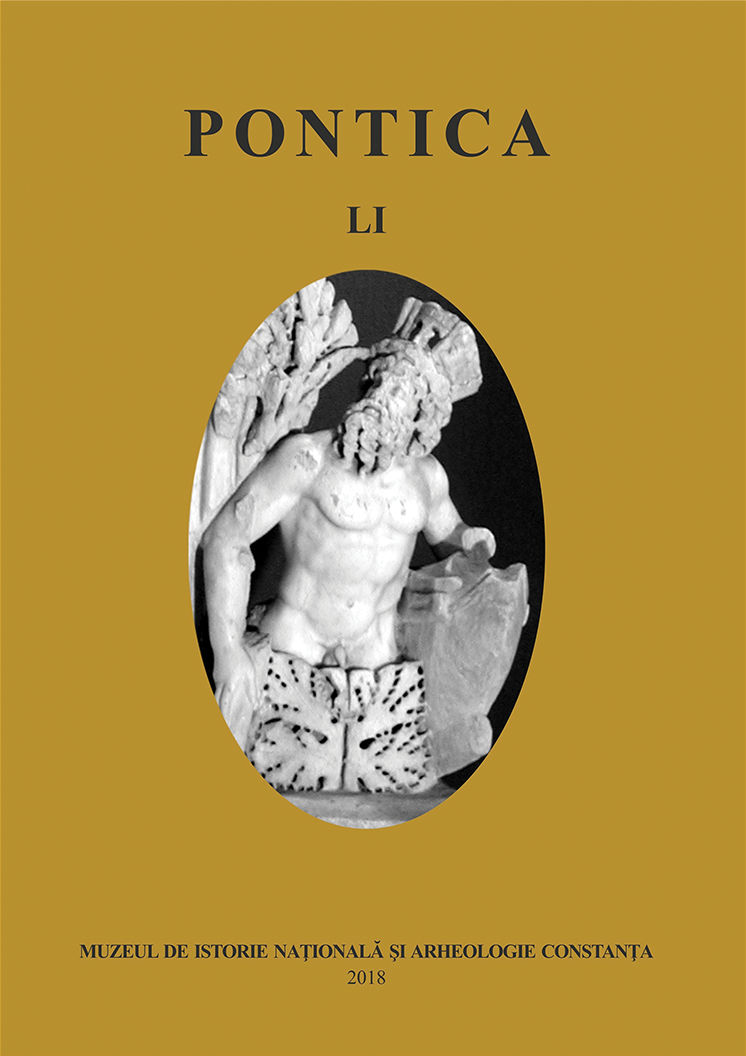 Summary/Abstract: The authors describe a lead item from a private collection, having at their disposal only a photograph and some technical data. One of the information it comes withis that the item seems to have come from the South-Dobroujan region. It bears the inscription Ἰουλίου Kέλερος ἀρχή . It refers to a man with a Latin name, Iulius Celer,who seems to have occupied a public position in a Greek city. We have not found a similar object in Romanian specialised literature, which could have provided a clue regarding its provenance or the workshop that produced it.An element that determined us to consider the piece as originating from Dobrogea is the image on its obverse, with the riding Dioscuri, galloping to the left. The representation ofGods presents analogies in what concerns their manner of representation with the reverse sideof a pseudo-autonomous Demeter-type issue from Callatis. This is why the stylistic resemblance with the Callatian issue pleads a strong case for attributing this lead piece to the city of Callatis. Pseudo-autonomous issues related to the tessera we’ve described, can be dated back to the mid-2nd century AD, during the time of the Antoninus dynasty.Our lead appears to be a tessera issued in Callatis on the occasion of celebrations dedicated to the Emperor, organized by Iulius Celer at his own expense. The latter held theposition of Archiereus, and in this capacity he organized the preparation of these games, which sometimes lasted six days in a row.