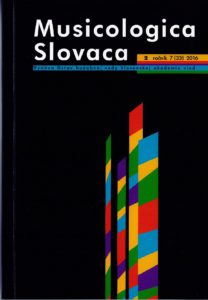 Summary/Abstract: In Slovakia gender studies are among the least developed research areas in ethnomusicology. The gender aspect has, however, been integrated into the majority of Slovak works devoted to folk song, music and dance tradition. It has become part of several research themes and circles, where its role has been that of a partial standpoint. This study summarises the results thus far of the application of the gender aspect in selected research circles (genres, multi-part singing, dance types). Special attention is given to studies on women in traditional song culture, which began to appear in Slovakia from the turn of the 1980s, focused on tradition bearers, song genres and mental images.