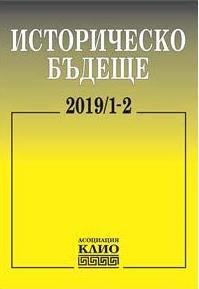 Summary/Abstract: There are key names among the representatives of the Alevi-Bektashi poetic tradition, whose life and work have been closely related to the Balkan Ottoman provinces, and more specifically, today’s northeast and northwest Bulgarian territories. In this sense, these are poets who originated from the community itself here, or settled here and became an integral part of the emerging Balkan Alevi-Bektashi community. Among them are key names of people who are related to this religious-mystical poetic tradition, for whom we can find nothing in the Ottoman biographical collections, but who are important for the functioning of this tradition here. Muhyiddin Abdal belongs exactly to this group. In this article, for the first time in the Bulgarian scientific literature, an attempt is made to present the information about the personality of Muhyiddin Abdal. His religious-mystical affiliation is commented on and attention is paid to the research interest in him in the Turkish scientific literature. Information is given about the cult center associated with his name and located in Eastern Thrace near the village of Hacı danişmend (region of Lâlâ Paşa, Edirne vilayet, Turkey). The most widely considered are the religious-mystical and ethical views, represented in his verses, some of which are given for the first time in Bulgarian translation. The thesis is argued that Muhyiddin Abdal belongs to an Islamic mystical tradition, intertwined with Alevism, Bektashism, Calendarism and Hurufism. The study emphasizes on the two key motives in his verses – the cult of Ali ibn Abu Talib and the cult of Man as a higher creation of God and the Universe. The verses presented in the article are extracted from two notebooks with nefesi (religious-ritual songs), written in the Ottoman Turkish alphabet, found by us in the village of Sevar (Ceferler), region of Razgrad, and from a dozen notebooks with nefesi written in Turkish Latin belonging to representatives of the Alevi-Bektashi community in the villages of Sevar, Mıdrevo, (Mesimahlesi), Bisertsi (Kasçılar), Ostrovo (Ada köy), Razgrad area. In conclusion, the verses of Muhyiddin Abdal play a key role in affirming the Alevi beliefs and the Hurufi and mystical views that are adapted to them in a specific interpretation in the Eastern Balkans and in particular the northeastern Bulgarian territories in the Ottoman period. The ideas presented in them about Man quite deservedly raise him to the level of his predecessor Yunus Emre – a standard of humanism in Türk (respectively Turkish) religious-mystical poetry.