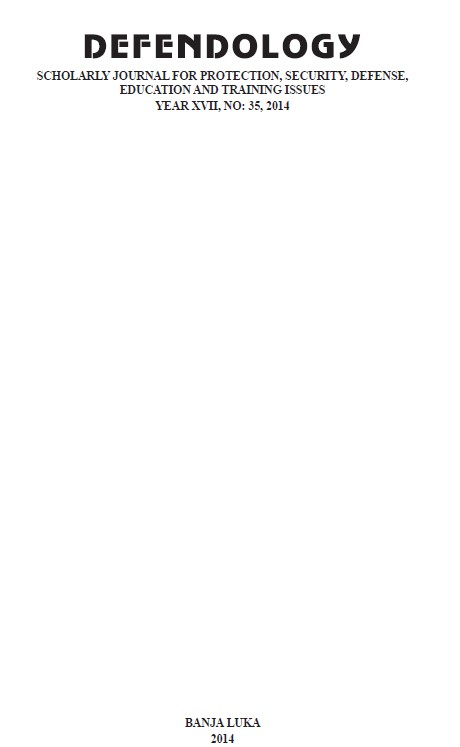 Summary/Abstract: The history of human society can be, unfortunately, best perceived through the history of warfare. At any given moment in the world there was a war waged, and many of them have been fought after they were banned, post World War II. The mere prohibition of the wars of aggression by the UN did not stop them from breaking out. Wars are closely related to the realization and protection of the interests of belligerents. It is not always anecessary to initiate war to realize these interests. The main forces in war are military forces and the appearance of militarism is not unusual. It is closely linked with a specific time and space. Strengthening the power of military circles is accompanied by strengthening the resistance to this, by all means, negative phenomenon, most often in the form of antimilitarism. The war in BiH can be viewed, in many respects, in broader, theoretical aspects. Its main characteristics could not have been the instigating factor for the idea of demilitarization in BiH. The seriousness of circles and circumstances it is debated in points to its political significance. This requires a broad and quality consideration during the process of formation of critical attitudes.