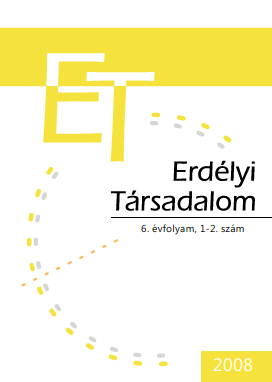 Summary/Abstract: The present paper aims at describing the national identity of Hungarians from Transylvania, as it is reflected by the research project entitled “Kárpát Panel 2007”. The analysis focuses on the elements of minority, cultural, national and civic identity. The study was conducted in five countries with a total of 2930 respondents, among which 900 Hungarian individuals in Transylvania. Using a multi-level sampling method, the households were selected probabilistically, and within the household the selection of the respondents was done following several quotas. The main objective of the research was to identify the elements of the Hungarians’ identity, to describe the role of ethno-cultural nation within the formation of identity and to understand the nature of social and cultural constructions like the ethnic in-group or the Romanian nation. In the second part of the paper the author analyses the symbols that express and reflect ethnic membership. A crucial issue addressed is that of the relationship between one’s socio-demographic characteristics and the nature of his/her national identity. The author is a sociologist, works as an associate professor at the Department of Sociology within BBU (veresv@kmei.ro).