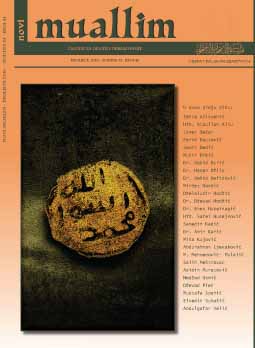 Summary/Abstract: Most of the Islamic religious terminology in Bosnian, as well as other languages where Islamic tradition exists, is expressed in the Arabic language. However, that is not the case with the names of the five daily prayers of which only one is referred to by the word of Arabic origin, yet, in Arabic, it does not denote that particular prayer. Therefore, the question of the origin of the names of the daily prayers in the Bosnian language is rather interesting. This work discusses the etymology of the word namaz, and then it looks separately at each of the five prayers, taking into consideration the Arabic, Persian and Turkish language. All of these languages are relevant in the reconstruction of a great number of words of Oriental origin in our language in general, and especially the five daily prayers. For this reason, neither of the oriental languages could be ignored in this analysis, out of which several interesting stories emerge. Finally, a conclusion is reached stating that the names of all the prayers are derived from the classical Persian – even though they are no longer used in that language – and that they formed the base for the names in Turkish and eventually the Bosnian language.