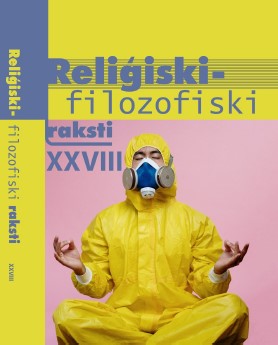 Summary/Abstract: A tendency in the contemporary field of biosemiotics, following the so-called informational turn in philosophy, is an attempt to explain the fundamental nature of communication by abstracting from mere organic processes to the more basic phenomena of information processing. This informational reduction has turned out to be a critical theoretical move in different fields of technological sciences as well as in some parts of life sciences. However, the scope and role of this reduction in semiotics and biosemiotics remain controversial; the question whether a sign and semiosis – in art or life – is reducible to abstract information processing and whether this reduction has an explanatory value remains open. The first two parts of this paper are dedicated to an examination of the two most important sources of inspiration for the informational analysis of signs: first, the concept of the surrounding-world (Umwelt) and the model of functional circle devised by the Kantian biologist Jakob von Uexküll and, second, the concept of cybernetic information introduced by the Kantian anthropologist Gregory Bateson. These concepts are used to describe the behaviour of simplistic systems, both artificial such as Braitenberg vehicles and biological such as moths, showing that they capture the interaction between an agent and its environment on a functionally basic level that involves what might be called ontogenetic information, and at the same time implies the curious double signification between the agent and environment or what might be called phylogenetic information. The examination of these notions and the descriptions they allow is completed with a synthesis of both von Uexküll and Bateson’s ideas that yield a minimalistic concept of biosemiotic information (or Uexküll-Bateson information) – a concept that, albeit minimalistic, can be considered a fundamental part and a point of reference for further and more complex elaborations on the topic of biosemiotic information. The last part of this paper explores the utility of the concept of Uexküll-Bateson information briefly examining its methodological implications that might rule out an anthropomorphic bias, and, on a more critical note, draws attention to its explanatory power that, due to the concept’s abstract and somewhat metaphysical nature, might turn out to be insignificant, hindering any attempts of informational reduction in biosemiotics stemming from this or essentially similar concepts.