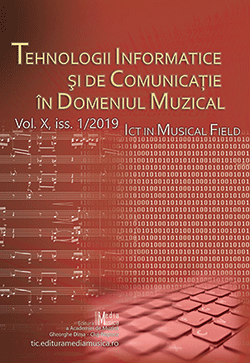 Summary/Abstract: Creativity is the greatest asset to humanity as it is undoubtedly the engine of human evolution beyond the biological evolutionary advantage and possibly the answer to the artificial intelligence self-awareness paradigm. Adaptive algorithms represent a function of complexity emerging from the incapability of linear algorithms to account for nonlinear phenomena such as the final result of a creative pursuit defined as a work of art. The latter, which is the result of higher-order adaptive algorithms, is generally based upon manipulating pre-existing linear algorithms in a frame of reference characterized by trial and error. As such, learning is initially based upon a process best defined as improvisation, with the subsequent repetition and refinement characteristic of a pursuit leading to mastery. Visual programming depends upon manipulating predefined objects otherwise understood as blocks of code with fixed attributes. Using the graphical user interface, such objects are consequently connected on the basis of working models of hierarchical attributes. The result is a network of predictive algorithms which can serve multiple purposes, primarily linear or adaptive ones. Algorithms have no awareness of the purpose they are used for, nor can they make any choice regarding their current or future use. Using improvisation as a modulatory agent, this paper discusses a model in which the main visual-programming predictive algorithm is able to make choices and embark upon creative pursuits based on environmental interaction and feedback, thus becoming an adaptive algorithm capable of learning and self-improving through the process of improvisation.