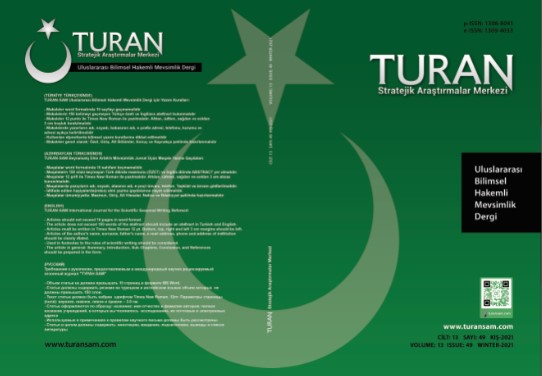 Summary/Abstract: The study includes the process of unauthorized excavations of Montagu Brownlow Parker, son of the Count of Morley, in search of treasure in Solomon's Temple, which is thought to be under the Temple Mount, which has been recorded in the literature as the Parker Mission. When Parker and his entourage reached Jerusalem, serious chaos ensued, because there were no archaeologists on the team, and this was the most important issue in the discussions. Parker's activities in Istanbul have began to be followed with suspicion. After a while, Jerusalem Deputies Sa'd-El-Huseyni and Ruhi El-Halidî Beys submitted a parliamentary question to the Internal Affairs Ministry to confirm the information they obtained from Parker's activities in Jerusalem. In the parliamentary question, it was asked that there were rumors about the abduction of the ancient artifacts found in the legal and illegal excavations in the Sahara-yı Musharrefe / Kubbetu-Sahara region in Masjid-i Aqsa and whether any action was taken on this issue, and whether any work was carried out to retrieve these artifacts. After intense discussions in the parliament, it was decided to establish an investigation commission on this issue. However, the outbreak of the First World War and the developments that followed have prevented this commission from doing its work properly.