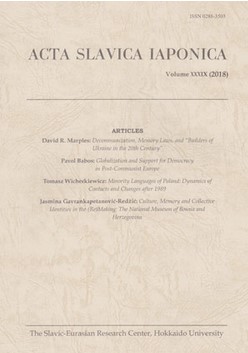 Summary/Abstract: Traditional scholarship of Russia’s involvement in the Middle East has focused on confessional politics, usually arguing that Russian policies were designed to support the region’s minority Orthodox Christian populations to build pro-Russian constituencies among them. Important as this work is, it has devoted relatively little attention to Russian interaction with the region’s other confessional communities, including, oddly, its Muslims. Following the work of Edward Said and other theorists of “Orientalism,” some work on that relationship has argued that Russians looked down upon Middle Eastern Muslims, finding them in some contexts inferior and primitive, in others similar enough to provoke unsettling challenges to the assumption by Russians of a “Western” identity, and in still others simply uninteresting. More recent studies, however, have argued that this interpretation is neither consistent with the Russian Empire’s treatment of its own large domestic Muslim population nor uniformly accurate in its interactions with Muslims beyond its borders.