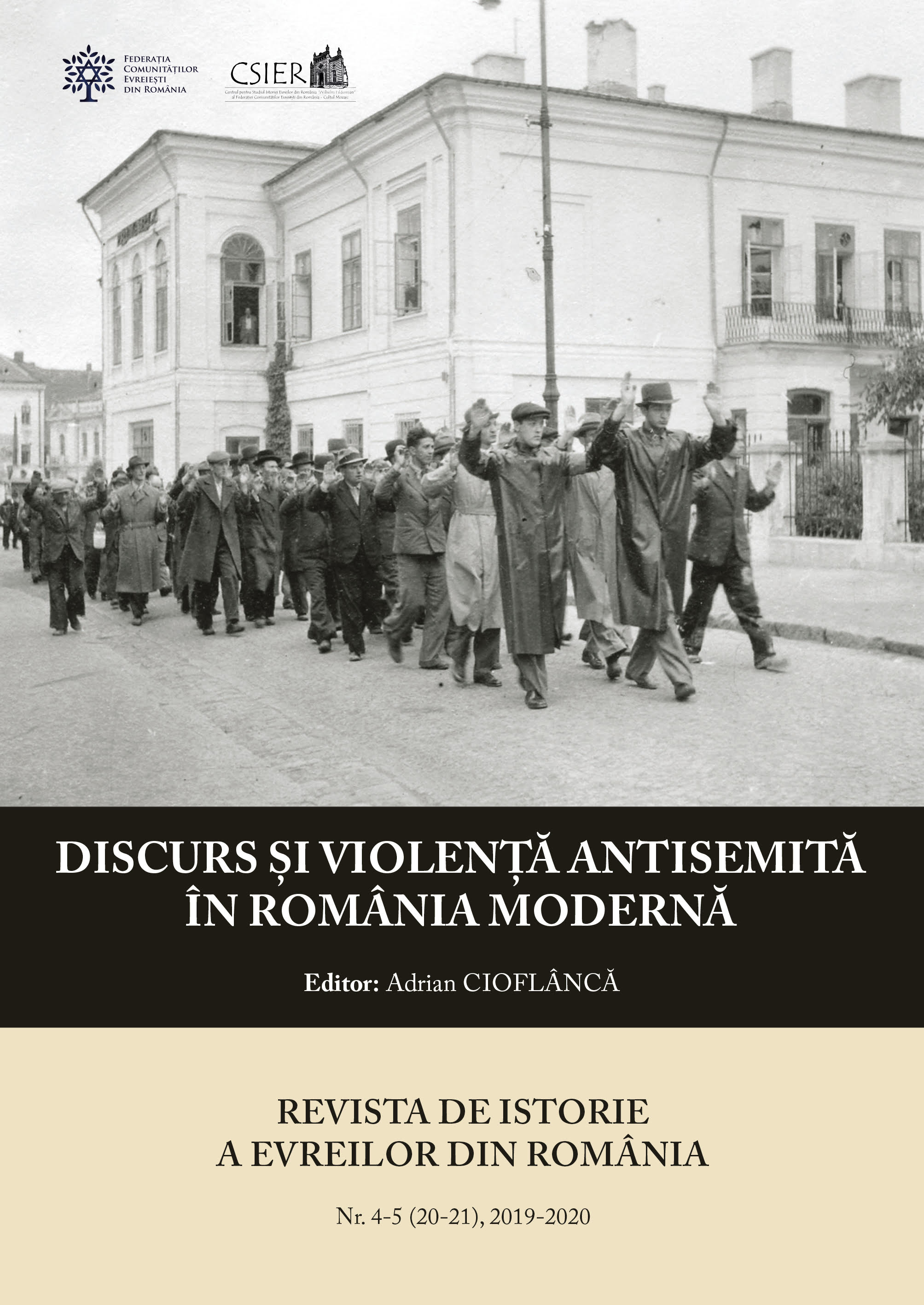 Summary/Abstract: Miron Cristea (1868-1939), who was the Patriarch of the Orthodox Church (1925-1939) and Romanian Prime Minister (1938-1939), had an important contribution to spreading anti-Semitic statements and policies. Even though he had sent similar messages before 1937, it is the interview that he gave to the Curentul newspaper, on August 19, 1937, that marked his open affiliation to that group of politicians who were looking for radical measures against the Jewish community. When he was appointed Prime Minister, he also became a militant promoter of anti-Semitic policies. This paper is structured in four parts, as follows. The first one provides an analysis of Patriarch Cristea’s anti-Semitism before 1937, by emphasizing his political role as Regent (1927-1930) and his association with various politicians and groups with similar views. The second part focuses on the period between his interview to the Curentul newspaper and his nomination as Prime Minister, characterized by extremist nationalism and support for the anti-Semitic polices of the Goga-Cuza Government. The third and the fourth parts, which are more substantial than the previous ones, explore his contribution, as Prime Minister, to the promotion and the implementation of anti-Semitic measures, including the citizenship cancellation of more than 200.000 ethnic Jews.