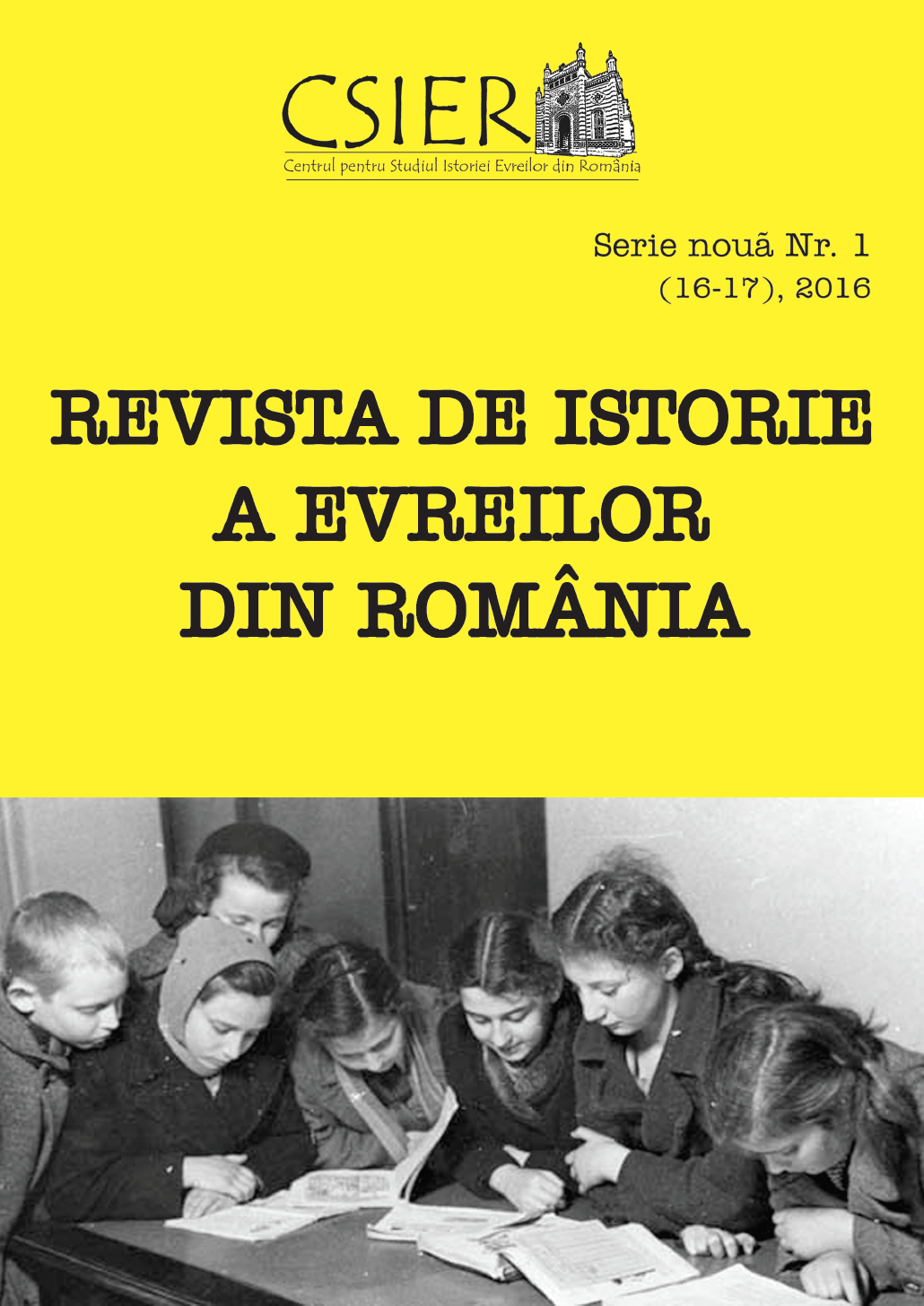 Summary/Abstract: This article, which is based on files found at the Centre for the Study of the History of Romanian Jews (Centrul pentru Studiul Istoriei Evreilor din România – CSIER), explores reactions of Jews converted to Christianity and their families to anti-Semitic laws issued after 8 August 1940. The 1942 census revealed that 4,631 out of 272,573 Romanian Jews living in Romania after the changing of borders, killings of 1941, and deportations to Transnistria were converts. This represented 1.7% of the Jewish population. Faced with increasing persecution and threat of deportations, many of these people appealed to various Romanian institutions and authorities such as Marshal Ion Antonescu, the Ministry of Justice, or the Romanian Orthodox Patriarchate. The large majority of these appeals were civilised, and maintained a balanced tone. Others, fewer in numbers, used this occasion to talk badly about their former community and religion, hoping that such gestures would gain the favor of the earthly and temporary leaders of the country. The main scope of this article is to bring forward this unexplored primary source comprising of letters, appeals, and pleadings. In order to widen and understand the context, it offers also brief details about the attitude of the Romanian Orthodox Church, the Catholic Church and the Jewish community towards converted Jews.