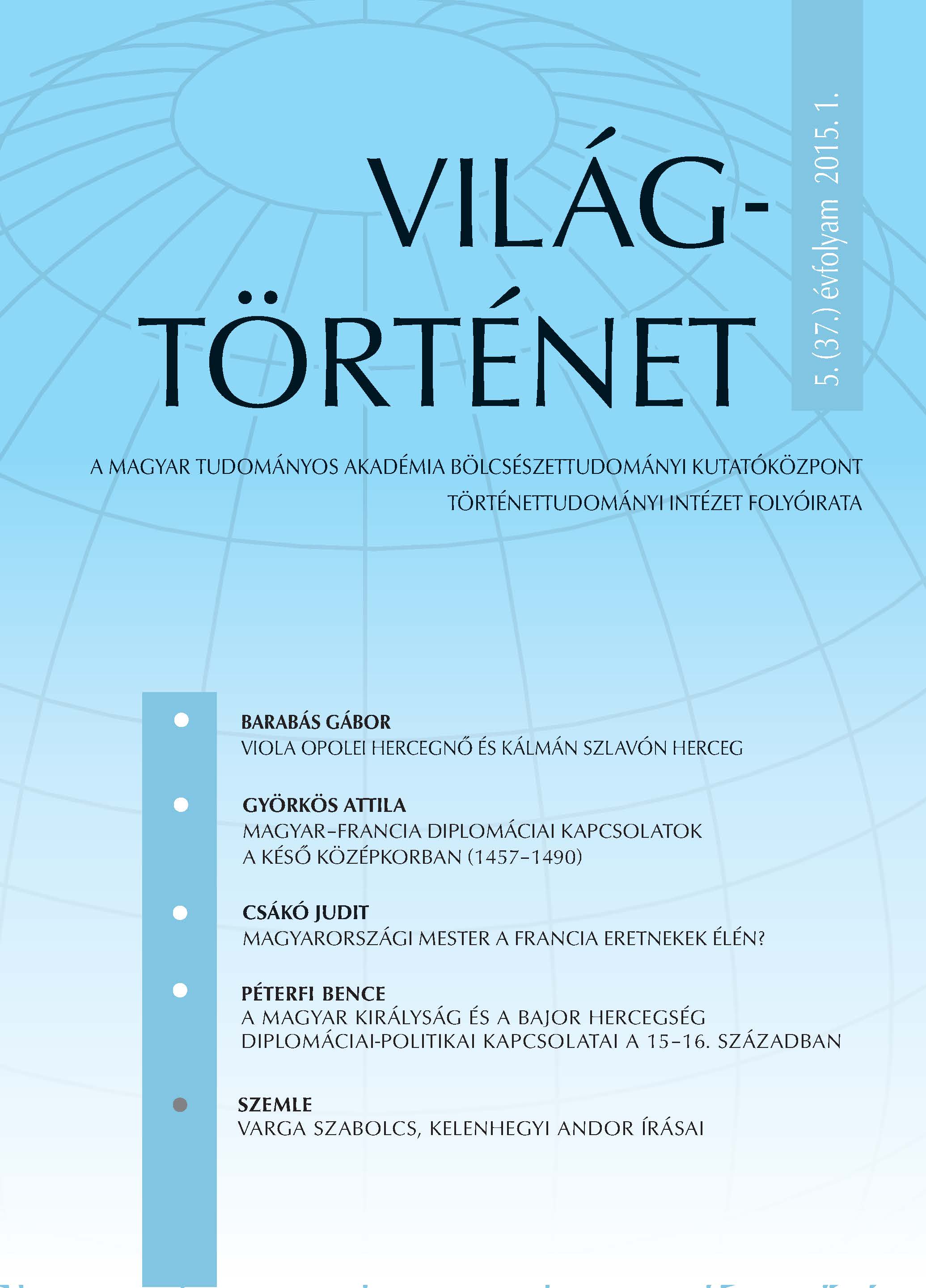 A Magyar Királyság és a Bajor Hercegség diplomáciai-politikai kapcsolatai a 15–16. században
Diplomatic and Political Relations between the Kingdom of Hungary and the Duchy Bavaria in the 15th and 16th Centuries

Summary/Abstract: In this article I present the results of a research which was done in Munich libraries and archives (Bayerisches Hauptstaatsarchiv, Bayerische Staatsbiblitohek) in June and July 2014. Not considering the exploratory work undertaken by Karl Nehring in the 1970s, both collections have so far remained outside the scope of Hungarian medieval studies. In the course of the work, I relied on the manuscript notes of Nehring and Bela Ivanyi, on the information found in the secondary literature, and also on manuscript archival guides. Alongside a general collection of information, my aim was to gather material with regard to three major topics: the 1515 royal summit and Bavaria, Habsburg-Hunyadi relations (the Austrian wars of Matthias) and the landholding of the Kanizsai family at Neuburg am Inn. In all three fi elds the research has proved fruitful: what, however, turned out to be especially well enlightened with new information is the relationship of the Wittelsbach with the Hunyadis and the Jagiellonians respectively. To illustrate this, the newly discovered charters of Matthias as well as hitherto unknown sources on the battle of Mohacs are published in the appendix of the paper.