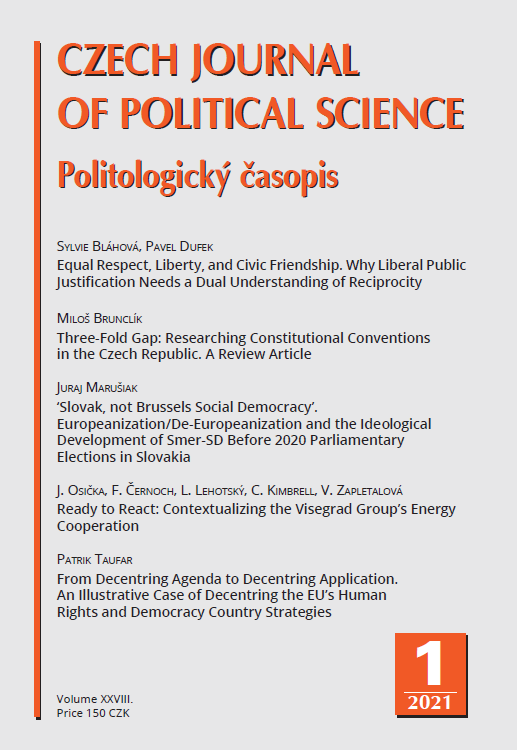 Why Liberal Public Justification Needs a Dual Understanding of Reciprocity

Summary/Abstract: This paper critically discusses the generally recognized dualism in the interpretation of the moral basis of public reason. We argue that in order to maintain the complementarity of both liberal and democratic values within the debate on public reason, the arguments from liberty and from civic friendship cannot be considered in isolation. With regard to the argument from liberty, we contend that because the idea of natural liberty is an indispensable starting point of liberal theory, no explanation of the justification of political power can do without it. In particular, we focus on the requirement of reasonableness and show that we should retain the epistemic aspect of the reasonableness of persons. Perhaps the main reason for this is to be found in the criterion of reciprocity which provides the deepest justification of the respect for people’s liberty – that is, the liberal aspect of liberal democracy. At the same time, however, we argue that reciprocity also provides the grounds for responding to the criticism that the essentially liberal approach fails to adequately take into consideration the role of political community. Because reciprocity may also be interpreted as being based on civic friendship, it provides the resources to respond to such criticism. It thus supplies the normative background also for the second, democratic pillar of public reason. We then critically examine the newly emerging approach built predominantly on the argument from civic friendship, arguing that by prioritising the civic friendship interpretation and, at times, tending to completely abandon the liberty-based one, it overlooks the indispensability of liberty-based considerations for the criterion of reciprocity. We conclude that in order to adequately capture the common liberal-democratic basis of public reason, both interpretations of reciprocity must be linked within a comprehensive account.