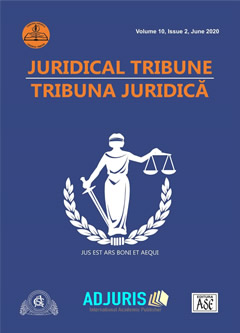 Summary/Abstract: The oppressive Apartheid government policy and laws of the past deliberately entrenched inequality, forced segregation and denied the majority of black Africans unfettered right of access to various socio-economic rights, goods and services, particularly housing. However, after the apartheid government was defeated in 1994, the African National Congress (ANC) became the new ruling government in South Africa and in a bid to redress the past injustices, particularly the imbalances in social, socio- and economic amenities where the majority blacks were excluded, the new government enacted the Constitution of the Republic of South Africa, 1996. It provides that all citizens are equal before the law and have the same rights, privileges and benefits for the mere fact of being citizens of the Republic of South Africa. Despite this, it is disheartening that most citizens, particularly the poor, indigent and the vulnerable still do not have access to adequate housing guaranteed in the Constitution. This article highlights poor quality housing delivery by the government as the major barrier to the realisation and fulfilment of access to adequate housing. It accentuates that this barrier is intensified because of the endemic corruption by the executive arm of government that have been bestowed with the responsibility to provide adequate housing for all. As part of the solution, the article examines comparative law and international law on the right to access to adequate housing using salient jurisprudence from the courts’ decisions to clarify and ascertain the content of adequate housing.