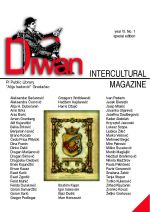 Summary/Abstract: The three basic themes of the medieval travelogue in Europe was knowledge of Greek travelogues, a travelogues by a traveller in Asia and desription of a pilgrimage to holy place in Jerusalem. Dante's „Divine Comedy“ relies on the classical tradition as The Aeneid by Virgil which created the myth of Rome's superiority and referred to Lukian from Samosat who desribed a journey to the other world to hell and heaven. Dante relied on the classical travelogue for portrayals of the voyage to the other world, shamanistic journeys into the areas of deceased ancestors. Johannes Schiltberger wrote a travelogue „Reisen in Europa, Asia und Afrika von 1394 bis 1427“. This travelogue is a narration of an ordinary soldier who has taken prisoner twice and who travelled against his will. The valuable parts of this travelogue are the descriptions of the religious ceremonies belonging to different religions in the East, as well as the descriptions of the prejudices among those religions. In the late Middle Ages travelogues depicted the world that was yet to be explored. The period began with Dante, who wrote a imaginary journey based on science and literature, but over years, the travelogue changed its form and devited from literary patterns and establihed itineraries, it turned towards the unpredictable adventure. One of pilgrimage was Bernard von Breitenbach who made his pilgrimage to the Holy Land in the 15th century. He describes the ethnic and religious mosaic of Jerusalem, the domestic population and the pilgrims.