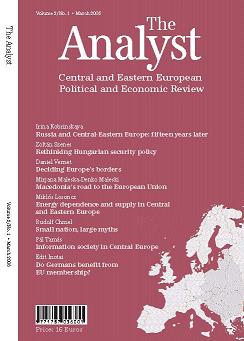 Summary/Abstract: A decade and a half after declaring independence in 1991, the Republic of Macedonia is a candidate for European Union membership . Yet, measured solely by financial, economic or cultural criteria, the EU could very well have placed Macedonia, together with other countries of the Western Balkans, “on hold” for quite some time. So its decision to grant Macedonia candidate status is an act of vision. The admission of West Balkan countries will further implement the idea of an integrated Europe. That was a peaceplan that was contemplated for a long time by distinguished Europeans. It became a way of controlling the malignant type of European nationalism which, during the twentieth century, caused two wars and the tragedy of the Holocaust. After the recent Balkan wars, European integration became essential for the stability and progress of the Balkan region, and the European continent as a whole.[…]