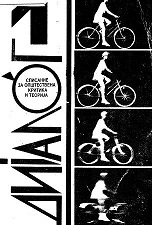 Summary/Abstract: Why the year 1989? ln world literature 1989 is considered аѕ the key-year for democratic processes in Eastern Europe. Some authors call it the year of civic revolutions or "Leninist extinction of 1989" (К.Jowitt). ln her text "Macedonia 1989. Political implication", D-r Mirjana Maleska follows the changes happening in Yugoslavia and Macedonia. The author's thessis is that those who started the changes in this area, did not sincerely wish democracy. They thought that some liberalization would be enough to keep them in power. This is where they were wrong. То Tocquevill's observation that oppressive regimes are in greatest danger when they begin to relax their grin (G.Di Pallma). The Macedonian communist elite endorsed nationalism. They thought that too many rights were given to the minorities with the constitution of 1974. On the waves of serbian nationalism, they began reducing the rights of minorities in Macedonia. Thus the macedonian political elite tied its hands for future democratic reforms. Political democracy which is а sum of individual and colective rights, does not go "hand in hand" with nationalism.