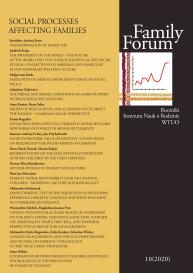 Substance addiction, steroids use, personality traits, free will, and temporal perspective as predictors of aggression

Summary/Abstract: The study was carried out to verify how psychological models are able to explain the phenomenon of aggression among men. There is a lack of research that try to test many factors of aggression in a holistic way. We try to enrich the results of research on male aggression by recognizing to what extent factors that have not been studied so far, such as willpower, temporal orientation, or the use of drugs or steroids, explain aggression in the group of men. The sample of men (N = 131) was selected deliberately in terms of substance dependence, steroid use and being a free from substance. Ten Item Personality Inventory (TIPI) was used to measure five personality factors. The Zimbardo Time Perception Questionnaire (ZTPI) and the Start and Stop Control Questionnaire were used to measure temporal orientation and willpower, respectively. Correlation and hierarchical regression analysis were used for the statistical analyses. The results confirm the impact of personality, willpower construct and temporal orientation on the male aggression. We did not found that steroid use can be connected with aggression phenomena, but results support the role of addiction. The research, however, has its limitations and the main ones are a small research sample and specific sample selection, which makes generalization of the results difficult.