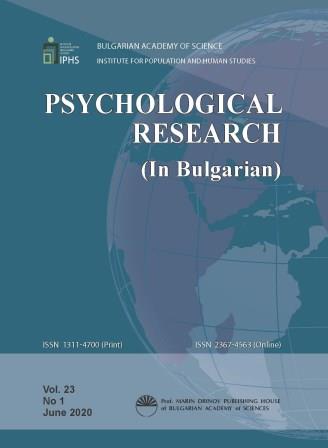 Summary/Abstract: Background: The creation of the writing systems revolutionized the development of the human brain. Man learned to encrypt and decrypt information by utilizing additional symbols. Preconventional reading and writing skills, which develop from birth to 5 years of age, have a strong connection with later conventional literacy. Six variables have prognostic value for literacy: Alphabet Knowledge; Phonological Awareness; Rapid Automatic Naming; Writing Awareness; Short-term Phonological Memory. Five early skills also correlate moderately: Concept of Writing; Writing Knowledge; Readiness To Read; Spoken Language; Visual Processing (National Reading Panel, 2000). The aim of this study is to identify the gender and age differences during the formation of preconventionalreading skills and the correlation between the different components in children with two different phonological and writing systems (Bulgarian and Spanish). The methodology of the study includes the use of the PreLec test in Spanish, adapted for Bulgarian. It consists of 4 subtests: 1. Knowledge Of Written Material; 2. Syllabic Awareness; 3. Phonemic Awareness; 4. Awareness Of The Written System. In this study, 150 children are examined in the age range between 56 and 72 months from Bulgaria and Spain. Results: There are no statistically significant differences between the four subtests. For Bulgarian and Spanish children some differences are observed in subtest 4 (Awareness Of The Written System) with girls performing better. No statistically significant age differences were found in three of the subtests (Knowledge Of The Written Material, Syllabic Awareness, Awareness Of The Written System). A statistically significant difference is only observed for Subtest 3 (Phonemic Awareness), most likely because at that age awareness of the phoneme level is still under improvement. For Bulgarian and Spanish children Knowledge Of The Written Material is in a moderate connection with Syllabic Awareness. On the other hand, Syllabic Awareness for the two groups of children is moderately linked to Phonemic Awareness. An interesting fact is that we find some differences in Awareness Of The Written System: in Bulgarian children, it exhibits a significant correlation with the Phonemic Awareness, while for the Spanish children it is in moderate connection with Knowledge Of The Written Material.