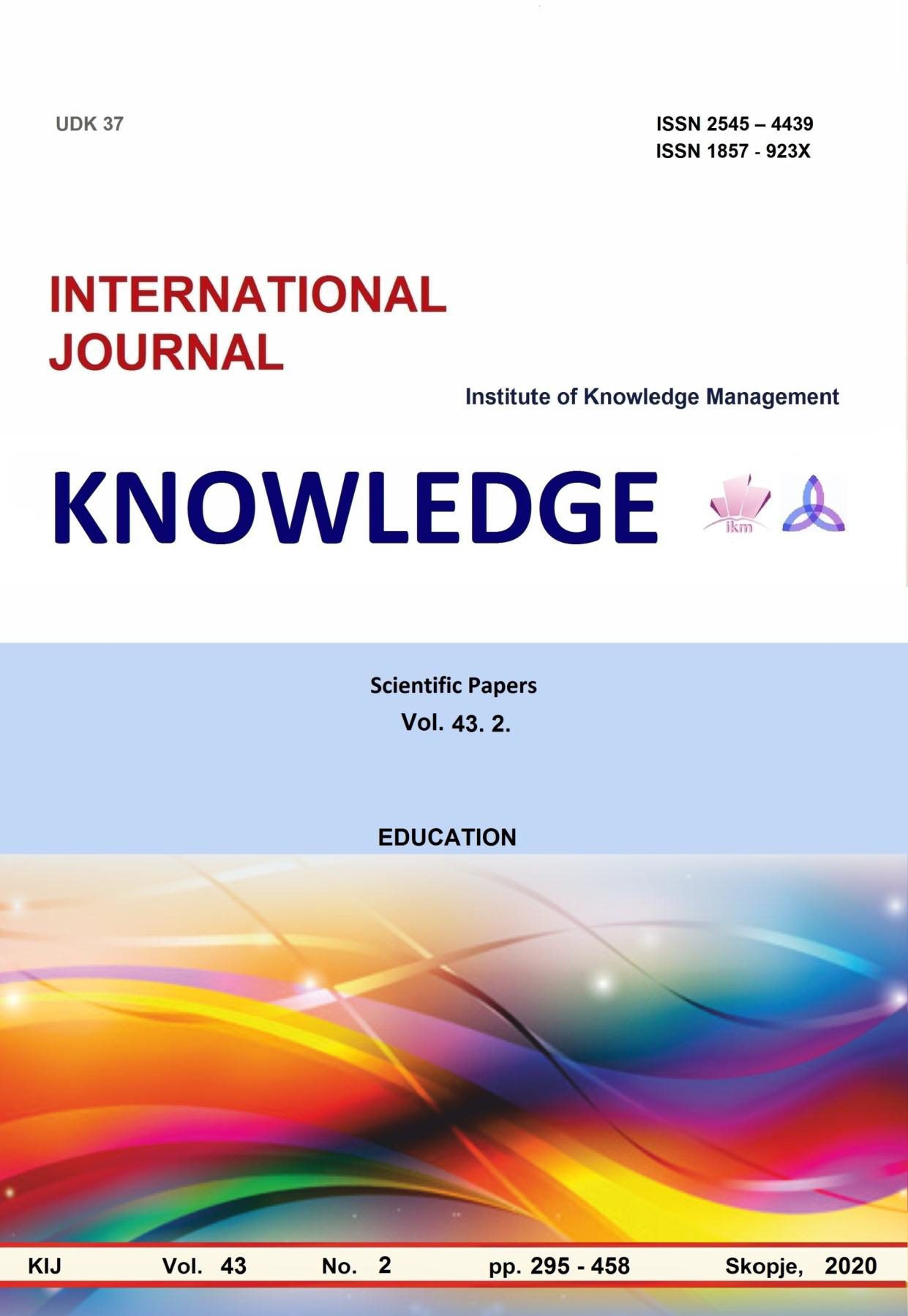 Summary/Abstract: The education in the disciplines of the aesthetic cycle in the secondary school is aimed not only at acquiring certain skills and knowledge, but also at cultivating in the students the need to communicate with art, with beauty. However, this need could not be built if the artistic samples that adolescents become acquainted with in the classroom remain incomprehensible, because one has the attitude to deny, to reject what he/she does not understand. This means that to achieve a reliable result in music lessons, students must be assisted in rationalizing the presented opuses. Since the musical work is addressed mainly to the emotional world of man, the understanding of the work is to a large extent related to the qualities of the emotional reaction it provokes in the listener. A direct path to the feelings of the perceiver is the enrichment of his/her impressions by adding the means of influence also of another art. By combining the means of expression of two close in character, but created from different "material" artistic works, a significantly richer emotional response is evoked in the perceiver. Relying on the expressive language of other art is not a new practice in mass music education. For this purpose, a literary text (usually poetic) or a picture is traditionally used. Despite the indisputable results, these approaches also have some weaknesses. The perception of music at the same time as a static image, such as a picture, cannot reflect, for example, the gradual changes occurring in the musical image during its development. Works of verbal arts, as well as musical works, unfold over time, but the dynamics of the feelings of the literary work could not correspond exactly to the strength and character of that of the musical piece, if the literary work is not used by the composer as a program of the musical one. With the accelerated development of technology in the twentieth century, new forms of aesthetic practice have emerged, such as computer animation. The use of an animated video story created on a computer in the music lessons is a new method for explaining the musical structure, musical means of expression, the nature of a tonal work. The computer generated films that I made for the needs of music lessons in the secondary school are created according to: the nature of the musical work with which they are sounded and which is taught in the particular lesson; the changes in this character sharp or smooth; the structure of the work; the musical means of expression that the composer has projected; even the needs of the lesson are taken into account. Since making an animated film is a laborious task, i.e. it takes a lot of time to prepare an educational video, when creating it, an opportunity is sought for illustrating as much information as possible about the music that sounds simultaneously with the videoimpression. This allows the film to be used in more than one lesson, and the musical work in each subsequent lesson, where it sounds simultaneously with the video story, can be "embedded" in the lesson as a revision, comparison, additional example to the currently learned information. On the other hand, the educational computer film must be vivid, influential, in order to contribute to the full insight into the character of the musical work on which it is created and whose emotional suggestion it complements. One of the techniques for impact is the feeling of reality, which is obtained including by building in the perceivers an idea of a tangible time and place (corresponding to the specifics of the musical image, time and place of composing of the tonal work). In this article are analyzed the approaches to creating an idea of a specific time and place in two educational videos on very different musical samples "Scherzo" from the Sonata op. 2 № 2 by L. van Beethoven, proposed for use in an educational set on music for 6th grade of secondary school (Mincheva et al., 2007, 2018) and the Bulgarian folk song "U Nedini slantse gree" (“At Neda‟s garden the sun shines”) from the folklore region of Dobrudzha (Northeast Bulgaria), offered for use in an educational set on music for the 4th grade of high school (Mincheva et al., 2000, 2019). Conducted pedagogical observation with students from 4th and 6th grade registered greater interest and increased activity of students in the lessons in which the videos are shown, as well as better memory of the musical work that is taught through them.