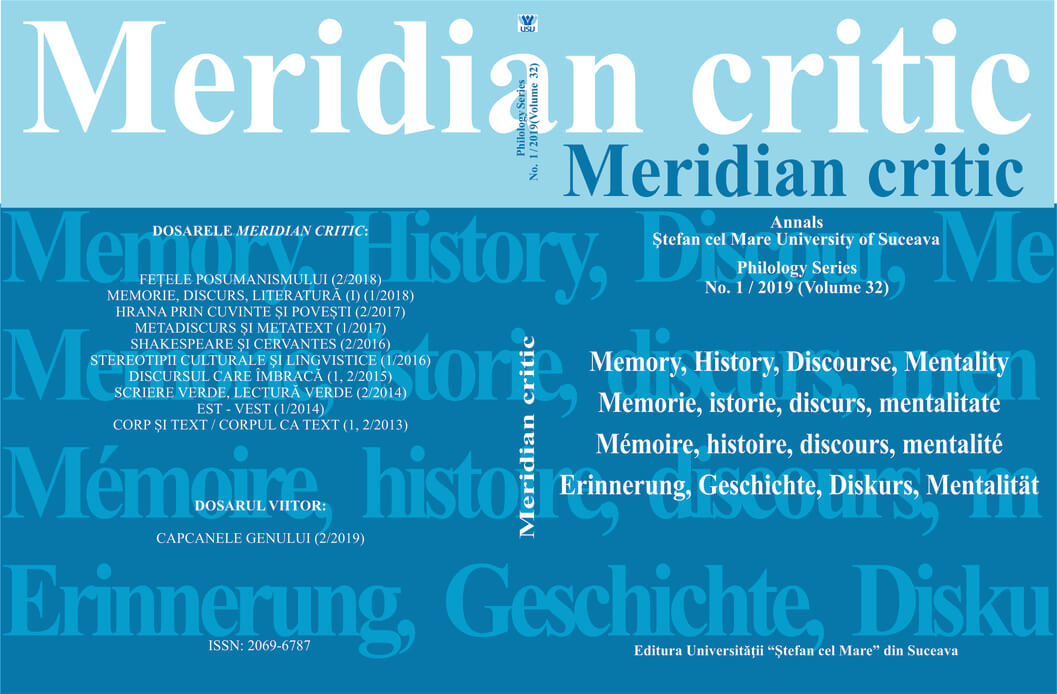 (Re)construcţia identitară. Între memoria trecutului şi „memoria viitorului”
Re)constructing Identities: From the Memory of the Past to the “Memory of the Future”

Summary/Abstract: Starting from the idea that the history exerts a major importance over the portrayal of the human being, the present paper aims to analyse the way in which the consciousness of the individual who fights with the historical mechanism of surviving reflects in literature. The recalled history achieves different extents according to the person who relates the facts. Joining four memorial writings led us towards the assumption that a human can choose to remember the past in a resigned way or on the contrary he may project a macabre vision of the lived reality. Thereby the memory places face to face two types of consciousness, defining itself as a restoring act, a manner of the recovery of the self but also as an instrument of revenge or image of absolute despair. Verbalization stands against silence and oblivion so as to preserve the memory and implicitly the man's identity who's reconciled with himself and with his destiny or the man's identity who is caught in the trap of the past, being emptied of the hope of a bright future. Intellectual's perspective is vehemently against the dilution of the trauma through Christian filtration, accepting the burden of hate, revolt, and despair in the name of those who were victims of Communist system.