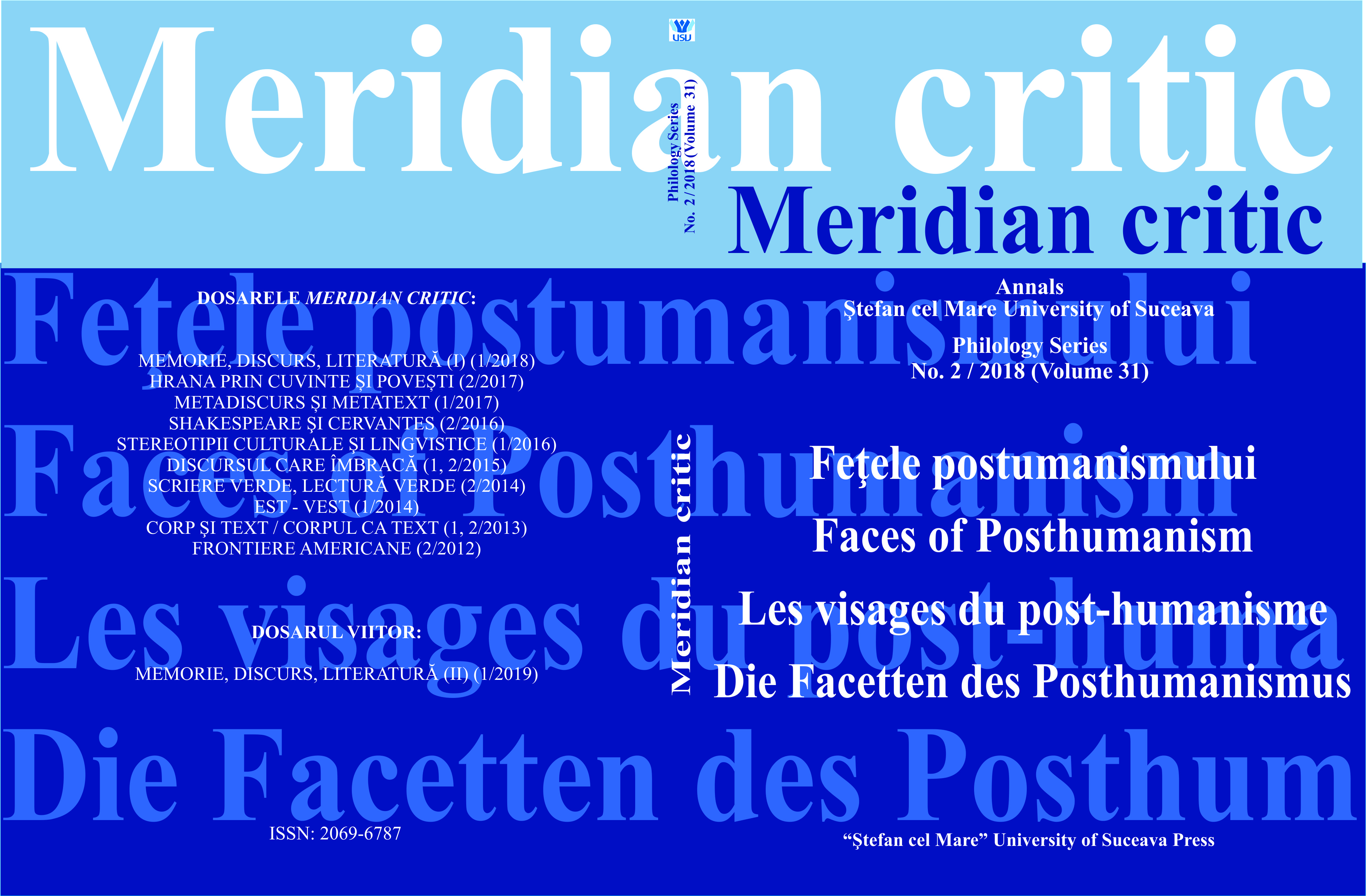 Summary/Abstract: Starting from the idea of a necessity concerning an updated approach regarding macedonskian Nights, this literary work aims to study these poems taking the techniques of psychocritic method as a guide. The superposition of the texts led us to the assumption of two archetypes representing the real side – “the oppression of the matter” and the ideal side “the soars of the ideality” respectively, which subordinate varied avatars, being all together subsumed to the personal myth of the creator. Regarded by now as “variations on to the same topic”, archetypes’ hypostasis are presented as atypical structures, whose form is stable while the meaning is unstable. Thereby the flight, the light, the death, the nature, the poetry, the night, the dream resume in the macedonskian universe the idea of limitating the earthly being but also the idea of a being adhering to metaphysical and according to context symbolizing intermittently the materiality and the absolute.