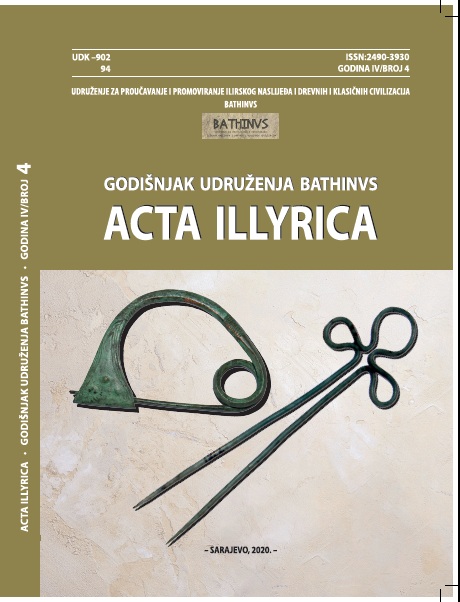 Summary/Abstract: Research of the Ancient mining, throughout the Roman Empire, indicates that the evolutionary development of local, metallurgical, and mining plants is directly related to changes of the imperial administration. During the second century, the mines belonged to the state that leased them to a private mine lessee, conductor. As the same conductor appears in the northwestern areas of Bosnia and Mursa, Noricum, as a leaseholder of Pannonian iron mines, we can assume that this mining area was the administrative property of the province of Pannonia. There are fifteen epigraphic monuments from the third century, which provide a basis for understanding the administrative-legal arrangement of the mining district of north-west Bosnia. Almost all monuments have been erected in honor of Oriental deities, with the exception of two monuments referred to Sedatus, a Pannonian deity. The most represented deity is Terra Mater, whose dedications make half of the total number of these epigraphic sources. Terra Mater, or Mother Earth,basically is not a mining deity, but in this context, its interpretation as such is not a mistake. The aforementioned monuments have been erected by an administrative-legal apparatus operating in this district, in the form of a fiduciary (procurator Augusti), a bailiff (vilicus), or an association of collegium and corpus. Although the administrative apparatus was much more layered and had a functional hierarchical system, these are the only titles and functions that occur in the Northwestern Mining District, within their variations. The strength of administrative power, in the said territory, was best manifested in the third century, but there is numismatic evidence for the mining process in the first century.