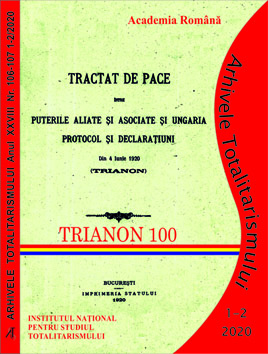 Summary/Abstract: Following an ordinary military career, corresponding to his rank and training, General Aurel Aldea stood out especially after the transfer to the reserve in April 1941. Starting with 1942 he joined the group of generals devoted to King Mihai I, who was preparing the aligning of Romania to the United Nations. In the summer of 1944, he pronounced for the ousting of Marshal Ion Antonescu. On August 23, 1944, Aldea was appointed Minister of Interior (until November 4, 1944). In the autumn of 1945, in the context of the conflict between King Mihai I and the government of Dr. Petru Groza, he took the initiative to establish a Central Command of the National Resistance Movement in order to coordinate the activity of its organizations: "Haiducii lui Avram Iancu", „Sumanele Negre”, „Grupul Înarmat Sinaia”, “Graiul Sângelui”. In 1946 he was arrested, tried and sentenced to life in prison. The sentence was eventually commuted to severe imprisonment. He died in Aiud prison, on October 17, 1949.