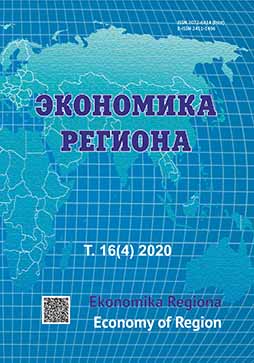 Summary/Abstract: Starting from the late 20th century, the modern era is called the «era of migration» thereby emphasizing the important role of migration processes in world development. Russian regions active participants in the migration exchange and the largest centres of both immigration and emigration. Accordingly, among Russian researchers population migration is considered a relevant and acute issue. The article aims to review scientific research in the field of population migration conducted in Russia from 2000 to 2019. The theoretical framework of the research includes publications covering the topic of modern migration processes. The practical basis is articles published on the website elibrary.ru. The study was conducted using bibliometric analysis, which is one of the most useful tools for studying the information flow. The total sample size was 18,174 scientific articles. We revealed that most of the publications (36 %) belong to the field of economics and economic sciences. The dynamics of publication activity on migration demonstrated an upward trend.The number of articles in the period 2000–2019 increased by 27 times. The leaders in the number of publications on migration topics are the journals «Migration Law» (245 articles) and «Journal of Economy and Entrepreneurship» (173 publications). Among scientific organisations, the undisputed leader in this list is the Russian Presidential Academy of National Economy and Public Administration, which published 637 works on migration in total, and Moscow State University with 572 papers. S. V. Ryazantsev presented the largest number of publications in the examined period. The results of this study can be used to improve the information support of specialists involved in studying population migration and strengthen scientific communication between researchers in various fields.