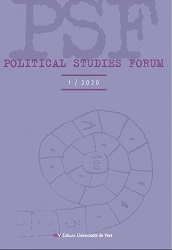 Summary/Abstract: The article approaches the role of ideocratic projects, focusing on cosmocratic and constitutional domination, while looking at the concept of ideocracy in premodern and especially modern contexts. The article also argues for the conceptual usefulness of the term ideocracy in analysing certain regime types, and, especially when considering totalist dimensions, enabling researchers to go beyond traditional left-right or religious-secular divides. Whereas cosmocratic domination represented a fundamental trait in premodern ideocracies, modern ideocratic projects have tended to move to a constitutionalist form of domination. In doing so, ideocracies typically stay true to their doctrinal core, even as they may end up pursuing a hybrid approach.