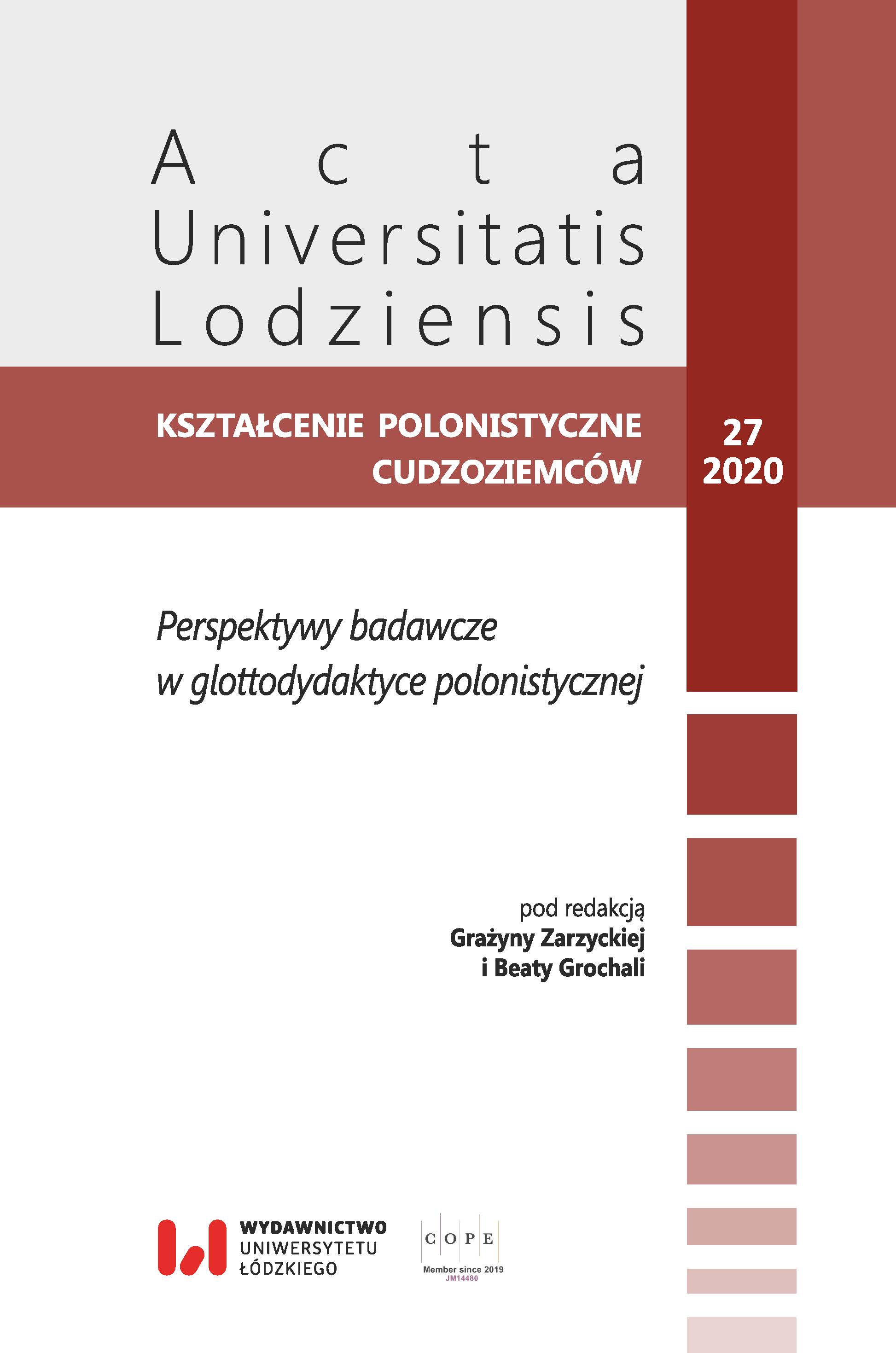 Summary/Abstract: The article presents the most important aspects of the issue of emotions and their expressing in Polish as a foreign language and in Polish culture as a foreign culture. The basic assumption adopted in the text is the need of teaching the ways of expressing emotions – including negative ones – in foreign languages and cultures. Learners are not sure whether they can communicate e.g. anger, nervousness or fear in a comprehensible and adequate way without knowledge about the possibilities of communicating psychological experiences. The issue has been set in an interdisciplinary context, taking into account the achievements of authors who perceive emotions in the context of the culture-language relationship. The possibilities of perceiving the issue of emotions in the glottodidactic process have been discussed. Author’s quantitative empirical research on the ability to recognize and express negative emotions by foreigners has also been described. Its results form the basis of the didactic implications formulated in the article. It has been emphasized in the recapitulation of the argument that there is a need to include the issue discussed in the text in the Polish-language glottodidactic process.