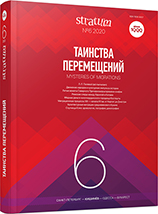 Двузубец Рюриковичей: начало и конец легенды
The Bident of the Rurikids: the Beginning and the End of a Legend

Summary/Abstract: The article analyzes the context of the appearance of tamga of the Rurikids in East-Central Europe in the 10th century and its evolution. Based on methodological analysis and archaeological materials, the author tries to demonstrate that the political and symbolic culture of Khazaria was not necessarily a source of the tamga in the culture of Early Rus’. Its reception should be regarded at a broad background of the interaction of the Rus’ with the culture of steppe nomads, as well as in connection with the tradition of marking property and pottery among the Slaves which emerged at the same period. The revival of bident as main form of tamga of the Rurikids at the end of the 11th century instead of trident may be linked with a new Byzantin influence that actualized the 10th century model of power and its symbols. The statement that the end of tradition of tamgas should be dated to the 13th century is also critically revised. In fact, the use of tamgas as princely symbols can be attested at the end of the 14th century, and the Ruthenian and Polish medieval heraldry also continued to use tamga-like symbols. The crisis of tamga emblematic system created by the Rurikids and its transformation in the late medieval heraldry can not be associated with any direct taboo of the rulers of the Golden Horde who used similar emblems. The main reason was a primitive character of tamga as a sign of the archaic society, which was out of values and the level of development in the 14th century East-Central Europe and became uncompetitive with the new European heraldry.