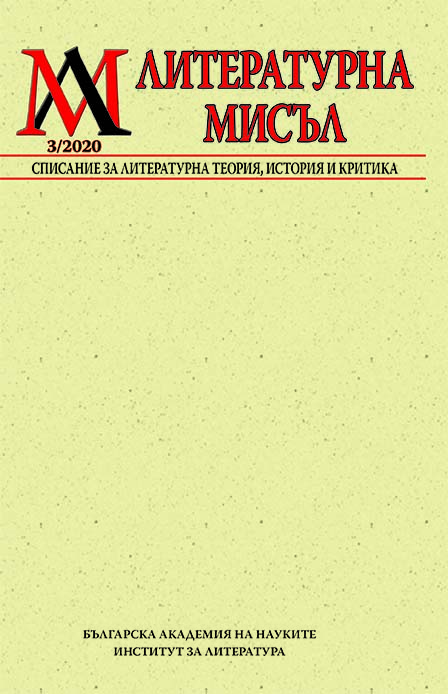 Summary/Abstract: The article was written in the frames of the project „The Transition after 1989 – the interpretations of historical transformations, social experience and cultural memory in the modern Bulgarian literature and culture“. In the main focus of the present study are two movies. The first one – „Gori, gori, ogunche“ (Burn, Burn Fire) (1994), scenario – Malina Tomova, director – Rumyana Petkova, is a metaphor of the initiated by the Communist government process of the violent change of Turks or Arabian names of Bulgarian Muslims, realized in 60-ties and 70-ies of 20th century. The second movie – „Radiogramofon“ (Radiogram) (2017) – scenario and director Ruzie Hasanova – is a more concrete narrative about a particular family story, which happened in the beginning of 70-ies. Analysed in a confrontative aspect both movies show different social and cultural aspects of the so-called Time of transition and the time after it. This approach helps to understand the main topics of changing Bulgarian society – the collective images, the attitudes towards history, the problems of group identities in new social, political, economic and historical period.