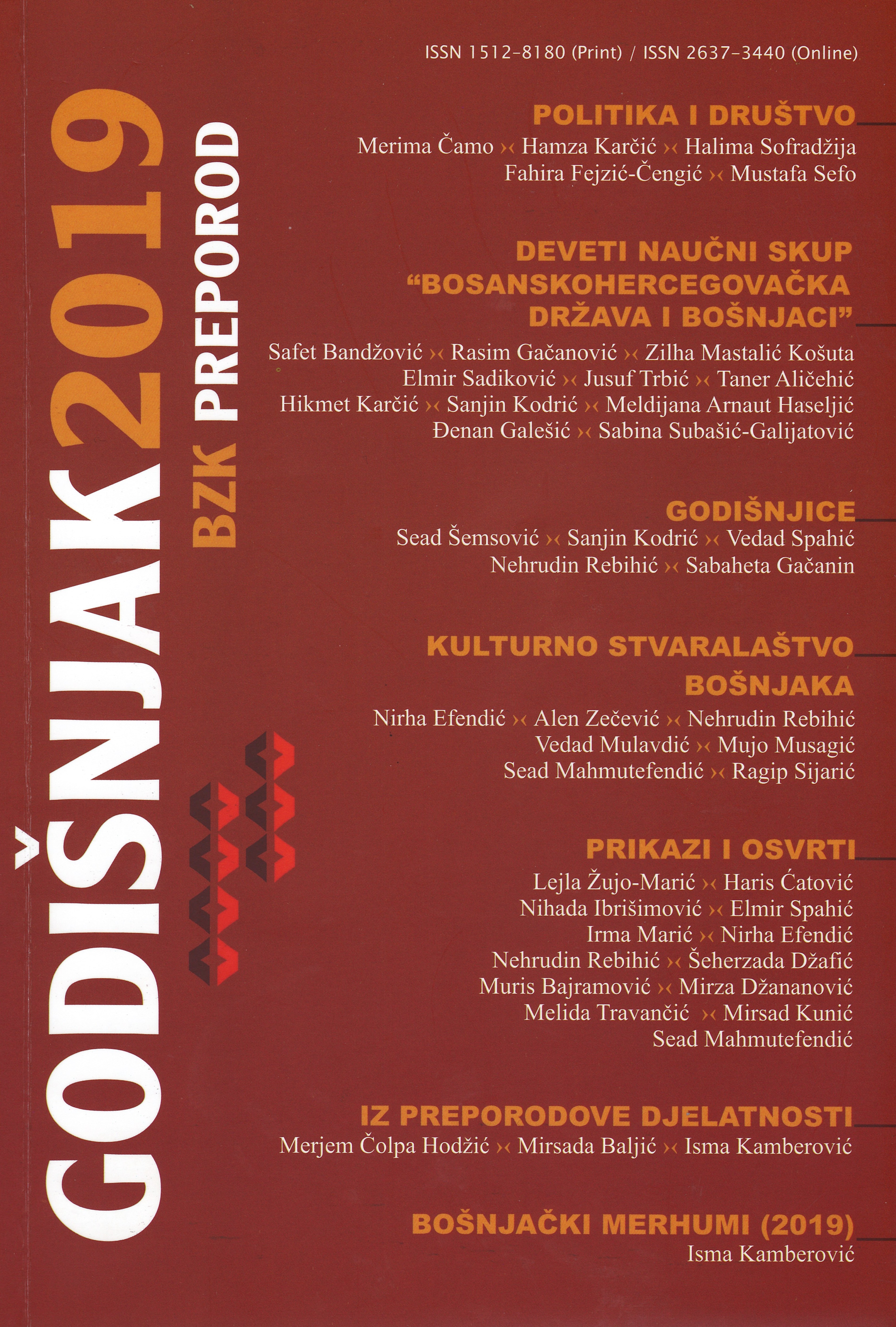 Summary/Abstract: This work represents a prolegomenon for understanding „poesy culture“ in the period of transition of Bosniac literature from oral-folklore and oriental period of its history towards modern-based literary practices with which it fully involves itself into literary streams of Southslavic interliterary community and wider European horizon. Focus is on the poet himself and his work which is paradigmatic for the transitional context marked by strong tendencies, resistance and conflicts of opposing concepts of nationalization and europeization of Bosnian muslims. Vehement and awakening voice of Osman Đikić is appreciable to specific social circumstances and times of historical far reaching comparisons of competitive national ideologies which seeked success in the process of nationalization, and mostly discouraging results that all three ethnicities achieved in reality. Đikić's bard can serve as comparison material of discontinuity with oriental poetic tradition. As an appearance of a kind of complex of inferiority with regards to formatively „filled up“ national literary history of continuity, poetry of Musa Ćatić and Safvet-beg Bašagić was forced by exaggerating suspected recurrencies.. Đikić's literary-occidental orientalism and stacking of Turkish lexemes in poems were not involved in narative about continuity, because even the ones who are most prone to mistifications, realized that such poetry making has nothing in common with divanian tradition. On the other hand, continuity with home oral legacy (sevdalinka, balads, romance and epos) is not that it was stopped, but in a way hypertrophated, which, regardless of the fact that it is as such typical of all Southslavic literature and bearing in mind all specificities of Bosniac literature, represents a valuable contribution to typology of romantism of the whole interliterary community.