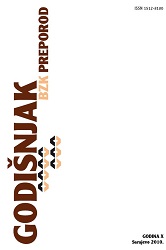 Summary/Abstract: Alhamijado literature, approximately at the same time (17th century) as folk oriented literature of Bosnian Franciscans, inaugurates native Bosnian language as a literary language for the first time since the medieval period. Appearance and development of alhamijado literature coincides with social crisis which was taking place as a result of bad attempts to reform the military ottoman society into peaceful model of society. As the crisis intensified, people’s chances of getting educated in elite Istanbul learning facilities deteriorated especially in marginal and border regions of the empire which meant relying on own, very modest educational resources. Discontinuity of Bosnian muslim literacy in relation to medieval legacy as well as constitutive isolation of cultural milieu from home and foreign language traditions, puts alhamijado writers in traumatic roles of total autodidactics. The phenomenon of Bosnian alhamijado poetry in that sense is a plausible verification of Eliot’s thesis about relations between tradition and individual talent as well as Bourdieu’s theory of a cultural field as a scene of constant competition of inherited, dominant and new forms. Following that lead it seems that we can explain the key paradox of alhamijado literature which is that alhamijado texts are extremely popular (some of them have tens of transcripts) although they are very often constrained, ideologically shattered and written in an impossible serbocroatian language.