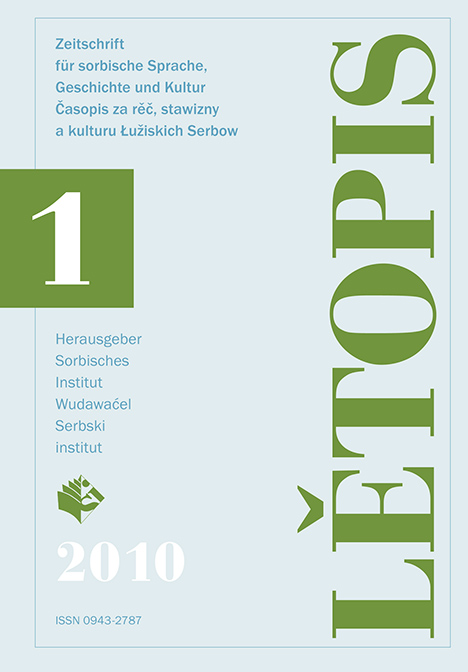 Summary/Abstract: One of the central problems confronting the Sorbian national renaissance in the 19th Century was the creation of a uniform Upper Sorbian literary language to replace the two Church language variants, which had existed up until then. The creation of a common literary language for Upper and Lower Sorbs was no longer possible at this time as a result of the existing linguistic differences and the separate historical development of both ethnic communities. The central role in the process of the creation and establishment of the modern Upper Sorbian literary language was played by the Upper Sorbs, Jan Arnošt Smoler, Michał Hórnik und Křesćan Bohuwěr Pful. New impetus also came however from the poet, Jakub Bart-Ćišinski (1856–1909), who was above all in favour of a “pure Sorbian” form of the literary language, which reflected the everyday language. However, in his own writing he often used elements of elevated style. He expounded his views on this question in 1877/8 in his programmatic essay “Hłosy ze Serbow do Serbow” (Voices from Sorbs to Sorbs). Ćišinski regarded language as the decisive supporting element in the maintenance of a Sorbian identity. With his poetic works he created the basis for the Upper Sorbian literary language.