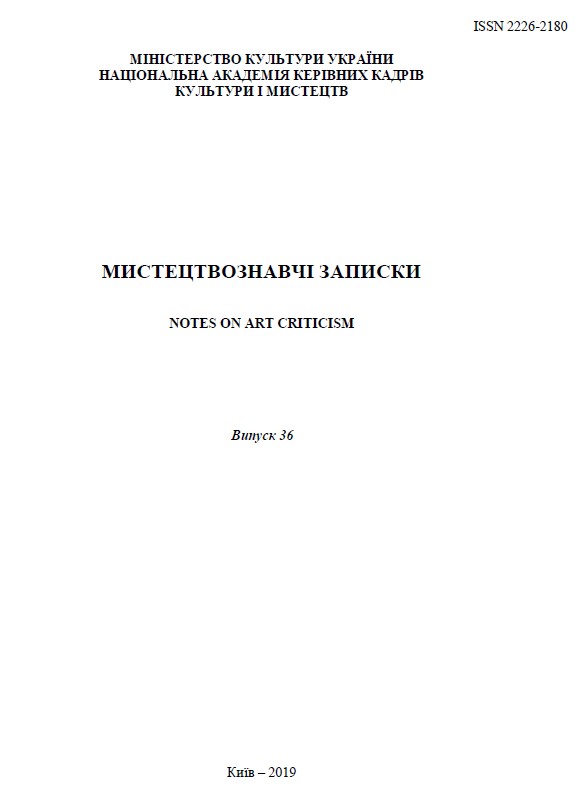 Summary/Abstract: The purpose of the work is to investigate intonation as a category of performing arts in the contemporary musical culture of the 21st century. The methodology is to apply the general scientific principle of objectivity, historical-logical, analytical, comparative and cultural-art methods in the study of features and criteria of intonation, which led to its formation as a category of performing arts, which contributed to the genesis of musical and performing arts. , determined by the skill of musical interpretation and the musician's intrinsic rhythm. The scientific novelty of the work is to trace the formation of intonation as a category of music performance, which is connected with the world music trends. In turn, such modifications increase the level of performing skill, forming a holistic artistic and aesthetic phenomenon of Ukrainian musical culture. Conclusions. To create your own interpretations of musical works of a musician, you need to use not only professional but also your own artistic and emotional experience, direct perception of different types of arts and have an appropriate level of artistic and creative education. The intonational atmosphere of a piece of music is a suggestive phenomenon that can only arise in the course of the performance of this work, sublimating energy-sensitive information about the author, performer and the work. By its influence on the listener the intonational atmosphere of a musical work always plays the role of a contributing factor to the co-creation. Underlying the sound realization of a piece of music is an awareness of its content and a deep understanding of the musical meaning that is most fully realized in the performance process. The most important aspect of music-performance interpretation is the penetration of the composer's intonation-shaped world, and the process of transmitting artistic information requires involvement in empathy. Understanding the intonational idea, forming conceptual ideas about the artistic meaning of music and displaying it with the means of intonation is directly related to the immersion in the subjectivity of the work, which allows to penetrate into its internal relationships.