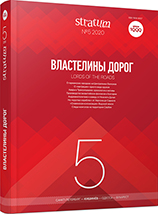 Summary/Abstract: The paper deals with the imported items from the Sudzha region (the Kursk oblast, the Dnieper Left Bank forest-steppe), dated to the Migration Period. They are divided in two main groups. The first one is dated by 5th — early 6th centuries and characterizes the early phase of the Kolochin culture. At this time, the local population contacted with Western and Central Europe, the Northern Black Sea, the Upper Dnieper, the Middle Oka regions. Artefacts of the second group belong to the 7th century and correspond to the final stage of the Kolochin culture. They show connections with the Byzantine Empire (possibly, its Western Asia part) and Central Asia, as well as with southeastern part of the Baltic region. Contacts with the Kama region are recorded in the post-Kolochin time (late 7th—8th centuries).There is a significant variety of types of imports (ceramic tare and food products contained in it, jewelry and costume details, horse harness, precious vessels, textile) and forms of interaction between the population of the Sudzha and other regions (trade, migrations, adoption of artistic traditions, possibly matrimonial and diplomatic relations). The data obtained confirm the hypothesis that a certain “center of power” existed during the Migration Period at the lower reaches of the Sudzha River and adjacent sections of the Psel River. It is possible to associate it with the early Slavic Kolochin medium. An important place in this structure could be occupied by the Kurilovka 2 settlement.