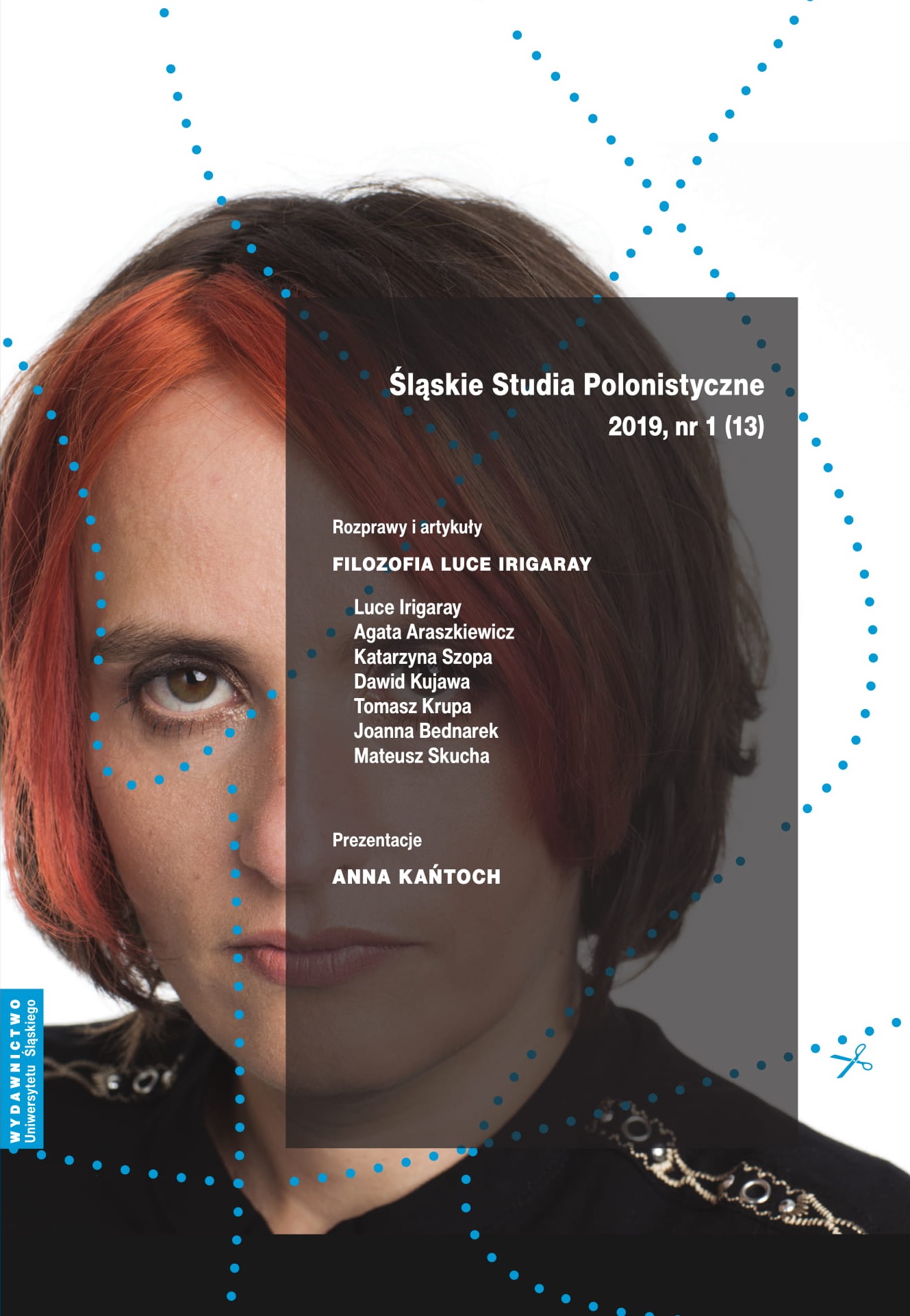 Summary/Abstract: The article endeavours to present the most significant features of Anna Kańtoch’s prose works. Not only is the author in question capable of utilizing various conventions of popular literature, such as: fantasy, science-fiction, and detective stories, but also to mingle them and come up with “hybrid-genres” that are difficult to pigeonhole (Czarne, Niepełnia). Spatial and temporal changeability characterize the novels and short stories of the Katowice-based writer, making the world depicted therein a place existing “in-between,” and moreover, involving both – brutality of rules that world is governed by as well as palpable desire of a proper moral order, which does not always eventually gains the upper hand.