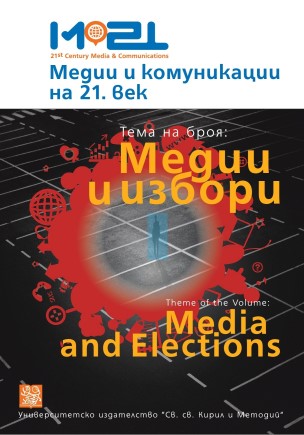 Summary/Abstract: What is left-wing populism – the flip side of the right-wing populist medal, i.е. a threat to democracy, or a progressive alternative to the dominant neoliberal model? In the paper, the answer to this research question is sought at the intersection of political science, media science, and political communication. For this purpose, I have used two methods: 1. A comparison of two political approaches to left-wing populism, which makes it possible to point out that at least in its European dimension (in the example of SYRIZA and above all Podemos) a positive phenomenon and a prerequisite for radical democracy, although there are some tangible points of right populism. 2. An Analysis in the second part of the text of the role of modern political communication and the importance of political marketing to construct a radical political discourse that builds the image of Podemos as a party of change and hope in Spain. The second task is mainly accomplished by parsing some publications in the online media because, due to its tender age, the party has not yet become the subject of serious scientific research.