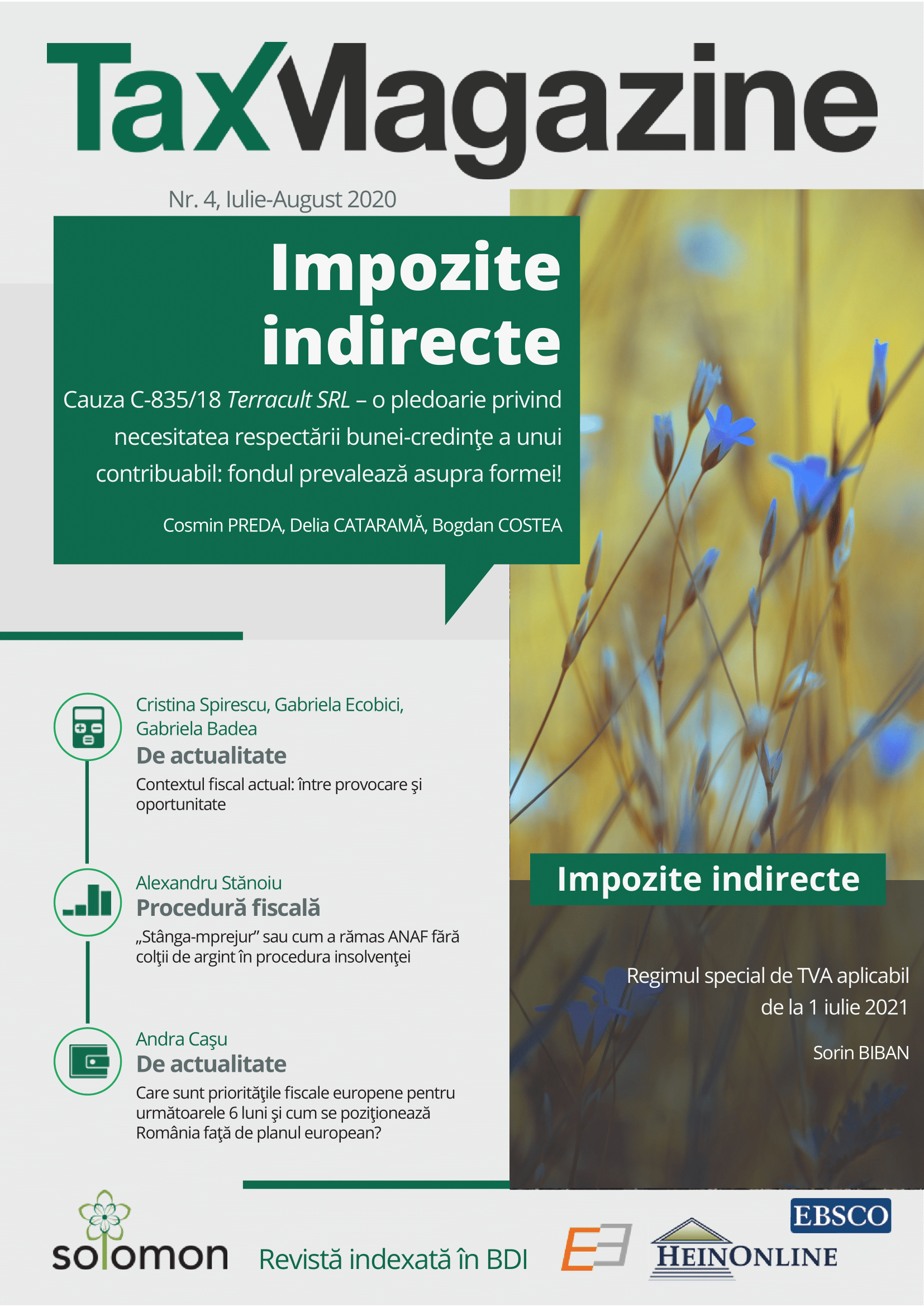 Summary/Abstract: Back in 2018, by Emergency Ordinance no. 88, the Government amended the Insolvency Law by conferring to the Tax Authority a privileged position, enabling it to commence forced execution separately, a move which disadvantaged the private creditors and made the State a super-creditor in the proceedings. Two years later, the Parliament approved the Ordinance with massive changes, which returned things to square one and re-established the preeminence of the equality principle among creditors. This article represents a short analysis of such amendments.