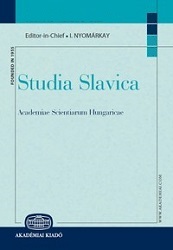 Summary/Abstract: The oral folk prose of Transcarpathia is a valuable source of history and culture of the region. Supplementing the written sources, it has maintained popular attitudes towards events, giving assessments and interpretations that are often different from the official one. In the Ukrainian oral tradition, we find many words borrowed from other languages, in particular Hungarian, which reflects the long period of cohabitation as well as shared historical events and contacts. They also occur in local toponymic legends, which in their own way explain the origin of the local names and are closely linked with the life and culture of the region, contain a lot of ethnographic, historical, mythological, and other information. They are represented mainly by lexical borrowings, Hungarian proper names and realities, which were transformed, absorbed and modified in another system, and, among other things, has served the originality of the Transcarpathian folklore. The process of borrowing the Hungarianisms is marked by heterochronology and a significant degree of assimilation in the receiving environment. It is known about the long-lasting contacts of the Hungarians with Rus at the time of birth of the homeland – the Honfoglalás, as evidenced by the current geographical names associated with the heroes of the events of that time – the leaders of uprisings Attila, Almash, Prince Latorets (the legends Almashivka, About the Laborets and the White Horse Mukachevo Castle). In the names of toponymic legends and writings there are mentions of the famous Hungarian leaders, the leaders of the uprisings – King Matthias Corvinus, Prince Ferenc Rákóczi II, Lajos Kossuth (the legends Matyashivka, Bovtsar, Koshutova riberiya). Many names of villages, castles and rivers originate from Hungarian lexemes and are their derivatives, explaining the name itself (narratives Sevlyuskyy castle, Gotar, village Gedfork). The times of the Tatar invasion were reflected in the legends The Great Ravine Bovdogovanya and The village Goronda. Sometimes, the nomination is made up of two words – Ukrainian and Hungarian (Mount Goverla, Canyon Grobtedie). In legends, one can find mythological and legendary elements. The process of borrowing Hungarianisms into Ukrainian is marked by heterochronology, meanwhile borrowings remain unchanged only partially, and in general, they are assimilated in accordance with the phonetic and morphological rules of the Ukrainian language. Consequently, this is a creative process, caused by a number of different factors –social, ethnocultural, aesthetic, etc. In the course of time, events and characters in oral narratives are erased from human memory, so they can be mixed, modified and updated, adapting to new realities.