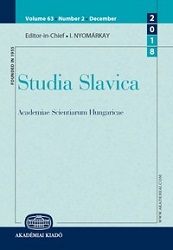 Summary/Abstract: The Bulgarian clitic se (Bulg. ‘се’) has a polyfunctional character due to its diverse morphological status. On the one hand, se is a reflexive pronoun in the short accusative form, which is the same for all persons, numbers, and genders. On the other, the clitic is used as a particle that can have different functions. This homonymy leads to homonymous se-constructions and ambiguous sentences with different interpretations: reflexive, reciprocal, passive, or optative. The aim of this study is to present the morphological status of the clitic in its various uses and the resulting differences in meaning of the se-constructions. A semantic-syntactic approach is adopted to differentiate between the argument and non-argument use of the clitic. If se takes argument position, the clitic is a reflexive pronoun and functions as part of the sentence. In its non-argument use, se functions as a particle and is either part of the verb lexeme or part of the verb form. In the analysis, the corresponding translations into English are provided.