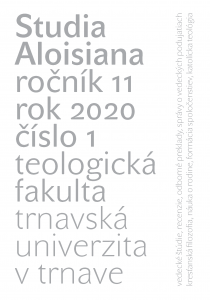 Summary/Abstract: Kierkegaard’s infl uence on the leading theologians of the Second Vatican Council is an intriguing chapter in the history of ideas. Kierkegaard was a Protestant philosopher and religious thinker who had little fi rst-hand exposure to Catholicism during his life. Although he drew inspiration from a number of Catholic sources he remained fi rmly rooted in a culture that was overwhelmingly Protestant. Kierkegaard’s thought exerted little infl uence on the Catholic intellectual milieu in the 19th century, but this changed in the first decades of the 20th century. This was due to the activity of Theodor Haecker, a Protestant author and translator, who converted to Catholicism and promoted Kierkegaard’s thought in Catholic intellectual circles. Haecker inspired the Kierkegaard reception of three theologians who played a central role at the Second Vatican Council: Johannes Oesterreicher, Yves Congar, and Henri de Lubac. The article traces the trajectory of their reception and identifies the Kierkegaardian motifs they deemed relevant for the renewal of modern Catholicism.