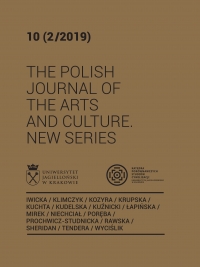 Summary/Abstract: Article, which title quotes the one of Michael Ian Black’s commentary published on The New York Times website (“The Boys Are Not All Right”, February 21, 2018), analyses Netflix’s 2018 reboot of Queer Eye makeover show in context of toxic masculinity and mass shootings in American high schools. The shooting in Stoneman Douglas High School in Parkland, Florida on February 14 was an 18th one in 2018 according to the Gun Violence Archive statistics. Commentators emphasised the fact that the perpetrators are mainly (white) man (teenage boys in case of school rampages) and connect it with toxic masculinity, a category that has been linked with Roland F. Levant research (published i.a. in his article The New Psychology of Men in 1996). Rather optimistic views on Queer Eye usually concentrate on programme’s promotion of tolerance towards sexual minorities or on – as the Fab 5 themselves state – acceptance. Stressing the genre convention (fixed and repeatable dramaturgy), ideology (homosexual man as a lifestyle expert) and ideological production choices (participants selection) I will analyse partaker’s representation, pointing out the differences between real people and the dominant stereotypes in American culture they were chosen to dismantle, seeing it, if not as a broadening the concept of masculinity, then at least as a subtle cracks on the manhood monolith.