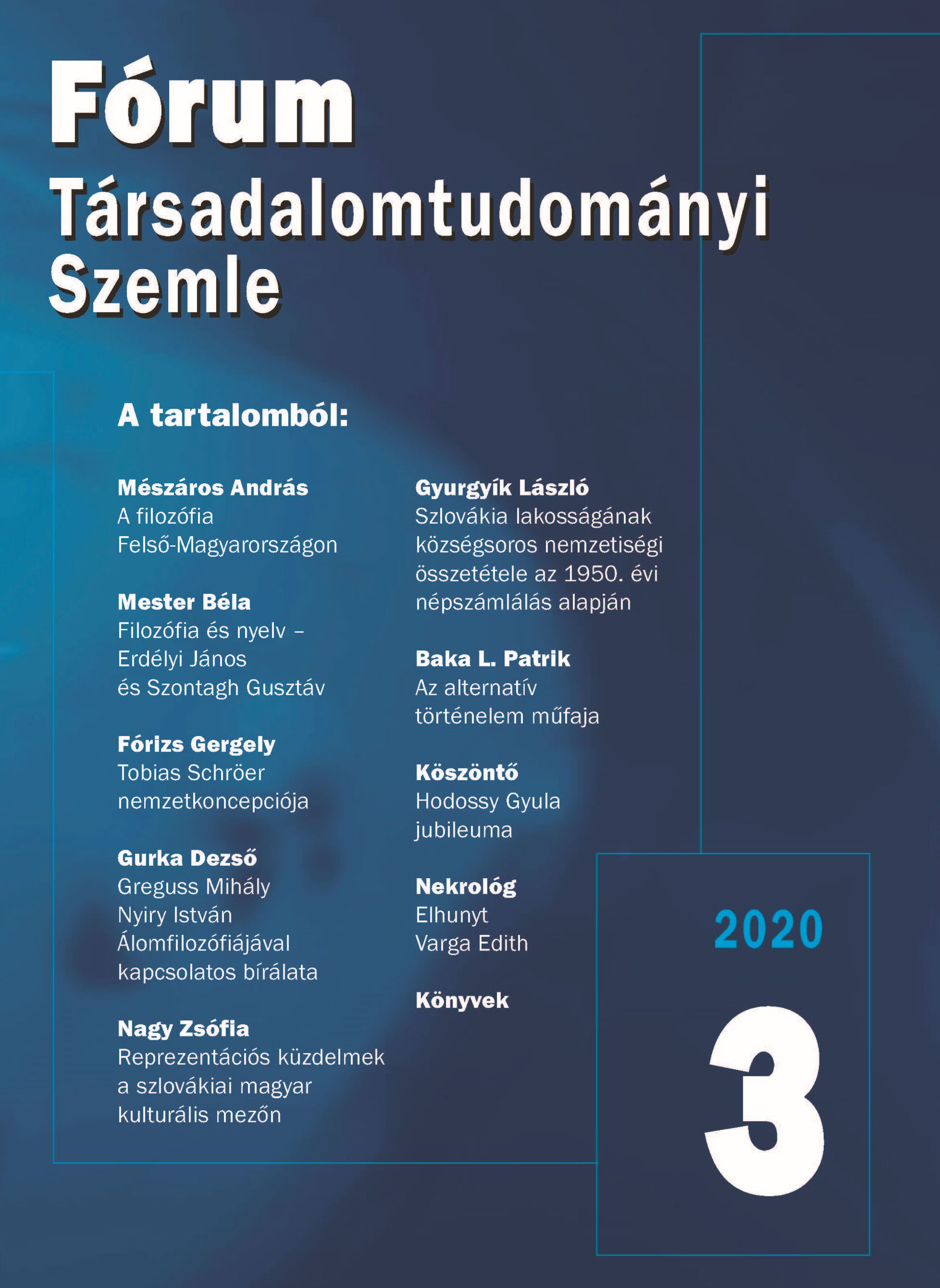 Summary/Abstract: The study lists the methodological changes that have modified the historiographical approach in the history of Hungarian philosophy in the last 30 years. Based on these, it formulates the hypothesis that the history of Hungarian philosophy can be reconstructed and presented not within the framework of a single narrative, but along discourses that exist side by side and one after the other. One such form of discourse is local discourse, such as Upper Hungarian philosophy. The determining form of this was the school philosophy, which developed along the Catholic–Lutheran dichotomy. School philosophy lost its decisive role here only during the 19th century, and besides it appeared the so-called public philosophy, and one of its forms of discourse, national philosophy. However, this was mainly characteristic of the emerging Slovak philosophy.