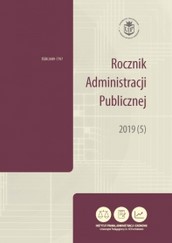 Summary/Abstract: Over the course of Polish history, successive waves of migrants strengthened the country’s potential (16th century). In the 19th and 20th centuries, the emigration of Poles (including those of Jewish origin) had a negative impact on Poland’s politics and economy. Yet the post-2015 migration issue is an entirely new experience indeed. As regards migrants, the Polish state administration operates on the basis of reasonable and coherent regulations which provide for the application of the EU standards in the Republic of Poland. The situation of migrants in Poland and the Poles’ attitude towards them is mostly defined by the politics of the ruling party (Law and Justice). It is characterised by xenophobia, which makes reasonable problem-solving impossible. In addition, the party’s politicians often exaggerate the migrant problem in order to ensure ad hoc gains (e.g. on the voting day).