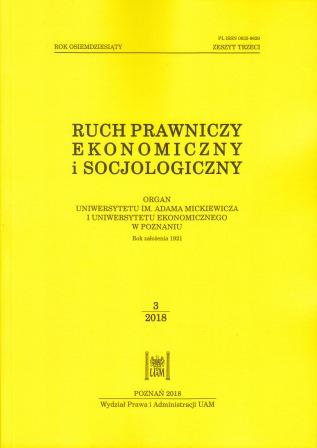 Summary/Abstract: The article poses a question about the current meaning of the Universal Declaration of Human Rights. The starting point is the analysis of the legitimacy of the Declaration, which leads to the conclusion that the support for it has not been eroded by the passage of time, but has indeed gained strength. The Declaration՚s message of the universality of human rights is tackled from the perspective of the controversy over this principle in the drafting process and in the light of the debates held in preparation for the Second World Conference on Human Rights in Vienna in 1993 and during the Conference itself. The Vienna Declaration and Programme of Action not only stressed that the universal nature of human rights is beyond question, but also pointed to the importance of national and regional specificities, and various historical, cultural and religious conditions that, however, do not relieve states, regardless of their political, economic and cultural systems, of the obligation to promote and protect all human rights. The InterAction Council’s initiative to develop a Universal Declaration of Human Responsibility is presented as an attempt to reconcile different doctrinal and political positions with regard to the universality of human rights. The conclusion of these considerations is the expectation that the already visible tendency to absorb various philosophical, doctrinal and cultural traditions in order to enrich human rights justifications will prevail over attempts to question the universality of rights in the name of regional or other distinctions. The Universal Declaration was also a testimony to the holistic approach to human rights, encompassing economic, social, cultural, as well as personal and political rights. The subsequent winding road in attitudes to the two main categories of rights at the international arena ultimately led to the return of the spirit and letter of the Declaration and the recognition of equality of all rights in the legal and institutional-procedural dimensions. Various aspects of the Declaration’s binding force and related controversies have been analysed in the context of its status as a resolution of the UN General Assembly, as an interpretation of the UN Charter, as part of customary law and jus cogens, and the concept of so-called UN law. The last part attempts to justify why the Declaration should be seen as a living instrument.