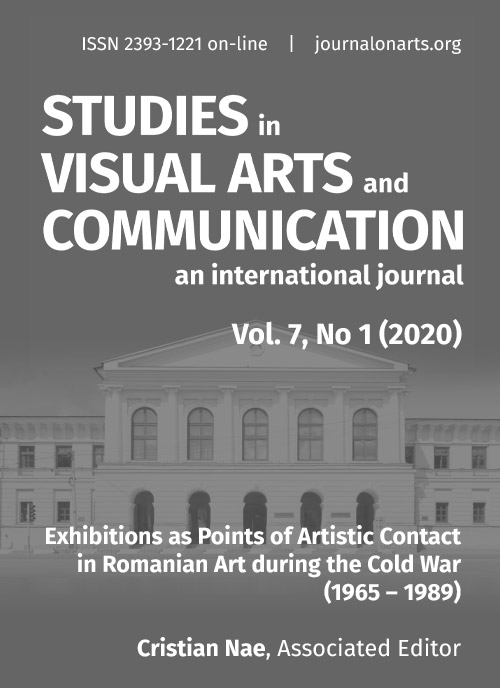 Summary/Abstract: The exhibitions of American art that travelled to Romania during the brief period of cultural détente, stretching from 1968 to 1972, have not been thoroughly documented so far. Departing from the dominant art historical narrative which interprets such exhibitions as agents of “soft power” and vectors of cultural hegemony, and in sharp contrast to their negative, ideologically anchored art critical reception in the local press, the article reveals and critically interrogates the effects of such indirect international artistic encounters between Romanian and American art, as they are reflected in the artistic production of the time. Contextualizing the image-making techniques associated with consumer culture in the West which fascinated several Romanian artists during that period, it also aims to question the traditional notion of “influence”, understood as a straightforward transmission of ideas, techniques or stylistic patterns of vision. It analyses local adaptations and transformations of the languages of Pop Art and modernist abstraction and their distinctive integration within local versions of “sober realism”.