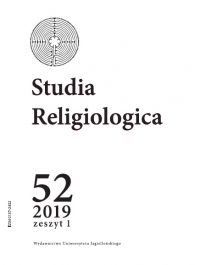 Summary/Abstract: The religious freedom resulting from the democratic transformation in Russia in the late 1980s and early 1990s created an opportunity for Muslim people living there to develop their own culture, educational system and administrative structure. Islam has also become one of the four traditional religions1 of Russia. The process of the “Islamic Renaissance”2 in Russia has led the Muslim community, in particular the Tatars, to look back and take advantage of the historical experience and achievements of Tatar theological thought in order to utilize it in the process of building the identity of Russian Muslims. In recent years, the most visible element of this process has been an attempt to rethink the concept of Jadidism – the reform movement among Muslims in the Russian Empire at the turn of the nineteenth and twentieth centuries. One of the most important figures of this movement was Musa Jarullah Bigiev, a religious scholar, politician, and writer. His works relate to fields such as Islamic jurisprudence, politics, history, law, and economics. The article aims to outline the political thought of Musa J. Bigiev, as expressed in his most significant work Alphabet of Islam, written in 1920.