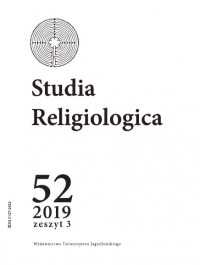 Summary/Abstract: This text presents current debates concerning gender relations in Cuban santería. After a short presentation of the santería religious system, the concepts of femininity and masculinity among the orichas are discussed. Their meaning, differing from Western ideas on manhood and womanhood, is partly attributed to original Yoruba gender concepts widely discussed in recent anthropological literature. The role of men and women in santeria organisational hierarchy and in ritual is also presented in the light of corresponding discussion on their status. The author suggests that the study of gender concepts within santería aids in the understanding of complex gender relations in Cuban society.