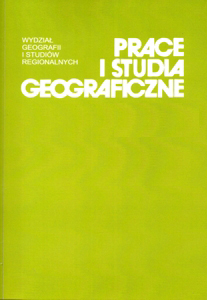 Summary/Abstract: The text aims at showing the relationship between geography and literature in Latin America. It analyses the changing meaning of literary images of nature and space – starting with Columbus accounts of discovery through colonial times, the period of the region's emerging independence, to the 21st century, emphasizing their role within processes of consolidation of states and national identity building. The author also points to direct and indirect relations between the world of literature and geography treated as a research discipline and its institutions.