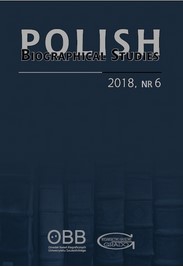 Summary/Abstract: An important element of Aleksander Bocheński’s political reflection was the analysis of economic phenomena. It was also always intertwined with the geopolitical reflection retained in the mainstream of political realism, which was the key to his concept. Bocheński affirmed the People’s Poland as a form of Polish statehood not only in the international but also in the economic aspect. He postwar than pre-war economic achievements, seeing the Second Republic primarily through the prism of the economic crisis and the weakness of industry. Over time, he became an honest supporter of the command and distribution system, raising the importance of labor discipline and high production rates. The emergence of Solidarity, martial law and the policy of Gen. Wojciech Jaruzelski’s team considered not only in terms of the threat of Soviet intervention and internal destabilization, but also the economic crisis. He wanted a deep reform of the economic system, which nevertheless did not violate the general principle of economic control by the state. In place of the „dictatorship of bureaucrats,” he proposed the „dictatorship of managers”, combined with an appropriate system of incentive motivators.